I’m taking a look at a Bruce Willis film from 2019. This is my rapid fire 10 Minutes Gone blu-ray review. It’s a crime thriller with more than a bit of action thrown in. Sadly the film has yet to receive a UK blu-ray release but can be obtained on the format via an imported version. If you don’t want to do that you can always pick it up on UK DVD.

When a supposedly simple bank job goes wrong Frank Sullivan (Michael Chiklis) finds himself being hunted. Everybody seems to think he has the goods but he doesn’t know who to trust.

The music is provided by Josh Atchley.

Bruce Willis pays the boss of the heist crew and seems to do most of his acting from one room. He does ok but it’s a very familiar Bruce Willis performance if you have seen any of his recent films.

10 Minutes Gone (2019) is really the story of Frank Sullivan played by Michael Chiklis. I must say I was rather impressed by his performance and it this that keeps you fully invested in his fate. Everyone seems to be out gunning for him and he is in the dark as much as the viewer as to why.

Meadow Williams plays Claire the girlfriend of Frank’s brother. She plays it well but the ending will not come as a surprise to many.

I have to say I really enjoyed this movie, it has plenty of action a good story and characters. It’s certainly in my opinion at least well worth a look if you love crime thrillers with plenty of action.

If you enjoyed my 10 Minutes Gone blu-ray review so far you may want to check out the following films:

Clearly the picture quality is excellent being as this is a film from 2019. The bad news for those of us in the UK is the film has yet to receive a UK blu-ray release.

The blu-ray version I’m reviewing here is an import that plays fine on UK blu-ray players.

10 Minutes Gone (2019) is available now on blu-ray if you obtain the imported version. Otherwise the UK only has the DVD version, released by Signature Entertainment. I’ll link the DVD below but please be careful to check, if you do intend to go for the blu-ray import, that it will play on UK players.

Join us in supporting physical media by obtaining this film on blu-ray or DVD. Remember streaming platforms can add or remove your favourite films at any time. Own it forever and you never need worry again! 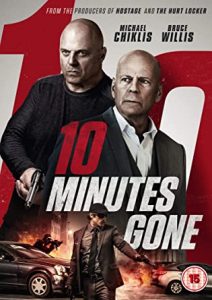 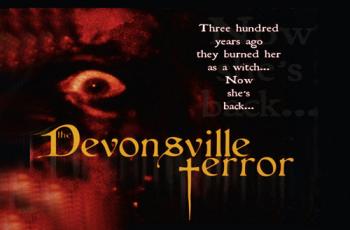 Are you ready for another horror movie, here’s The Devonsville … 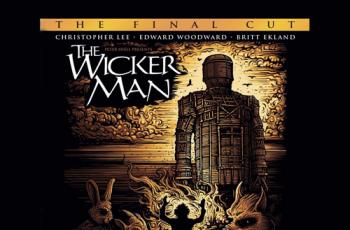