It’s time for my Acts of Violence blu-ray review. Sometimes just obtaining a new film on Blu-ray can be a bit of a challenge because for some unknown reason certain titles only receive a DVD release in one country but a bluray in another.

That brings me on to the Bruce Willis film Acts of Violence (2018) that falls into that category in the UK. So leaves us film fans in a bit of a predicament, after all we don’t want a new movie on DVD when we have a nice high definition or 4K television.

The only way around this is to locate a region free version or same region that is often available to purchase via third party sellers on places such as Amazon Marketplace. That’s just what what I’ve had to do with this Bruce Willis title, so without further ado here’s my

Roman MacGregor is due to get married to the love of his live Mia, the two are a perfect match. However whilst out on her hen night Mia is kidnapped by a group of human traffickers. Roman and his two brothers believe they have tracked her down via her phone to a house. Upon entering it is clear this is indeed one of the houses used by traffickers but unfortunately Mia is not present.

Running in parallel to the brother’s investigation is the one that is being carried out by Detective James Avery (Bruce Willis). The three brothers however don’t believe the police will find Mia and decide to take matters into their own hands.

The film is directed by Brett Donowho with the cinematography side of things that’s taken care of by Edd Lukas. There is a good energy and pacing as the film flows nicely from key plot points along of course with plenty of action. The change between scenes is all done rather slickly.

The music is composed by James T Sale is a kind of action techno sound that fits the genre perfectly.

Solid performances all-round with Bruce Wills putting in a typical action type we have all become pretty familiar with. The rest of the cast does a good job as well with Melissa Bolona as Mia particularly impressive.

The film follows the three brothers with Bruce Willis’s character appearing from time to time.

I’ll admit I wasn’t expecting too much from this one, Bruce Willis is not the star but does appear frequently throughout proceedings. So I was kind of surprised as I actually found it rather entertaining, it flows well, the characters plight makes for compelling viewing and the film is shot rather well. Oh and there’s of course plenty of action and the acting isn’t too bad either.

A quick internet search will pull up plenty of poor reviews on some well known sites, but trust me this is by no means an awful movie, it’s certainly no masterpiece but it is hugely entertaining and certainly worth a look.

If you like my Acts of Violence blu-ray review you may want to check out these films:

A rather entertaining action movie that flows well against a story that draws you in to the characters plight.

The Bluray version I’m reviewing here is from Germany and does require you go into the menu and change the language into English before hitting the play film option. That’s all you need do and the extras even includes the original English language film trailer.

Acts of Violence (2018) is available now on Blu-ray for the UK only if you are prepared to import the German version or purchase through Amazon.

Ensure you select the correct version otherwise you will end up with a Region A disc you cannot play unless you have a multi-region player. Oh and you may also incur taxes depending upon the value of the item.

That’s Acts of Violence blu-ray review, if you have any thoughts on this film you can leave them over on our Facebook. 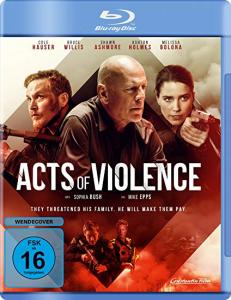 A rather entertaining action movie that flows well against a story that draws you in to the characters plight. 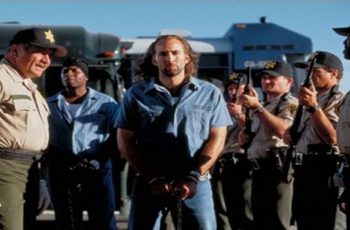 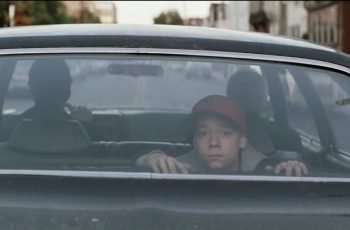