Halloween is nearly here and you may be looking for a couple of films to enjoy come Halloween night.  Maybe I have the perfect choice for you, time to find out, here is my All Hallows’ Eve DVD Review.

Its Halloween night and a babysitter just happens to be looking after two children, a boy and a girl.  Whilst looking through all the candy they have collected they find a vhs tape in one their bags. Both of the children want to see what is on the tape but the babysitter initially refuses only to later relent.  They all begin to watch what appears to be a short horror film.

It turns outs to be three horror shorts that will eventually link back to the babysitter and children.  The first of these shorts shows a women waiting for a train with a man dressed as a clown sat opposite.  He begins to act creepily as clowns are depicted in horror movies these days.

The second sees a woman alone in her new home. Her boyfriend just happens to be an artist. However his most recent painting really freaked the woman out, so much so that she has had to covered it up. When the electricity goes out and communications are severed she see a strange light land nearby her home.  What is going on and just what is behind the covered up painting?

The third of the horror shorts shows a woman driving seemingly lost at night.  Its Halloween she is running low on gas and pulls over at a gas station.

Nobody seems to be around and then suddenly a clown and the gas station attendant spring into view.  The attendant argues with the creepy clown and sends him on his way.  But we all know the clown’s coming back!

So those three stories are on the tape but the babysitter is starting to feel she may actually be the fourth story.  Maybe she’s just being paranoid it’s not like there’s a clown in the house!

Make no mistake All Hallows’ Eve is a pretty gruesome affair with plenty of blood, dismembered body parts and is not for the faint hearted.  The viewer basically experiences this film from the point of view of the babysitter and two children.  We see them watching the three horror shorts.  The film regularly breaks away from the horror shorts to show the reactions of the babysitter who is also watching the film.  Did that last sentence make sense? I think it did!

This works reasonably well giving a huge pointer that you know that the babysitter is the one who will ultimately be in danger.

Sound and music are pretty good with a nod in the direction of a certain John Carpenter.  I felt the music went for a cross between Halloween (1978) and Halloween III (1982)

The acting is passable no awards but good enough not to distract from the horror.  Plus who likes clowns these days I blame Stephen King!

Whilst not the greatest horror film around I actually found it entertaining enough.  If had one big criticism I would say the second of the three stories felt a little out of place.  The other two seemed to fit nicely whilst that second seemed to break the emersion and horror.

Clip not representative of the DVD version 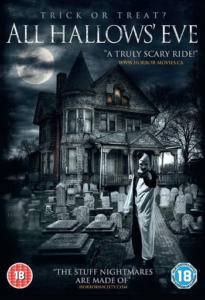 If you find clowns creepy as hell that you need to see All Hallows’ Eve. 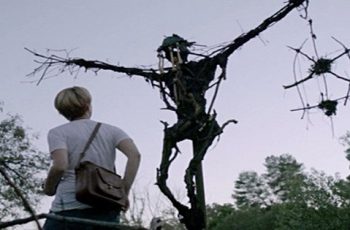 It's October and Halloween is just around the corner, so … 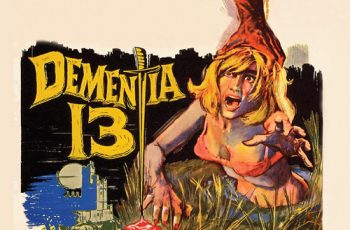