Next in my Denzel Washington film season comes American Gangster (2007) a gangster film as the name suggests. This one also sees him reunited with Russell Crowe in this highly acclaimed crime/drama, so without further ado here’s my American Gangster blu-ray review.

Following the death of Harlem gangster Ellsworth “Bumpy” Johnson his right hand man Frank Lucas (Denzel Washington) takes over the control of heroin on the streets. Branding it “Blue Magic” and delivering a higher quality product whilst undercutting his rivals Lucas’s meteoric rise goes largely unnoticed by law enforcement. However Detective Richie Roberts (Russell Crowe) has just been placed in charge of a newly formed Federal narcotics unit. Can he put the pieces together and take down Lucas?

The films directed by Ridley Scott whilst the cinematography is handled by Harris Savides. Overall its a well told, acted and perfectly paced movie that has you gripped right from the first minute.

The music score comes from Marc Streitenfeld but the film really relies upon songs, all of which perfectly reflect the mood of the film.

Denzel Washington excels as Harlem gangster Frank Lucas it’s a performance that lives long in ones memory without glorifying the drugs world. It depicts a man determined to do whatever it takes to ensure his family live the good life whilst giving back to the community as well as helping to kill it.

Russell Crowe is in many ways equally as impressive playing a morally conflicted cop that has no problems cheating on his wife but refuses to be on the take like many of his colleagues. This leads to him being somewhat of an outcast in his own police station.

American Gangster is an outstanding crime, drama that is depicted from two very different perspectives. We see it from Frank Lucas’s side and his rise to the top of the drugs world whilst also seeing how law enforcement under the charge Detective Richie Roberts learn of his presence. This really makes for a thoroughly engrossing and gripping film.

I highly recommend you take a look at this film if it’s somehow passed you by.

If you enjoyed my American Gangster blu-ray review so far you may want to check out the following films:

Overall I have no complaints with this Blu-ray relese the picture quality is very good but then the film is only from 2007 so should still be in good condition.

Switching focus to the extras included sees an extended cut which adds around 19 minutes extras footage with the most noticable scene being an extended ending scene featuring Washington and Crowe. I have to say the extras are fabulous if you want to know about the making of the film or just the real truth behind Frank Lucas its all included.

That’s my American Gangster blu-ray review, I’m aiming to review at least one Denzel Washington film a week. What’s next? Check back soon… 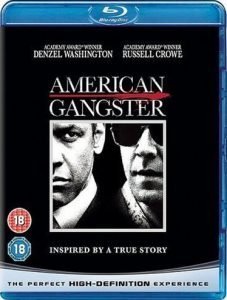 Washington and Crowe are sensational in this tense and gripping crime drama. 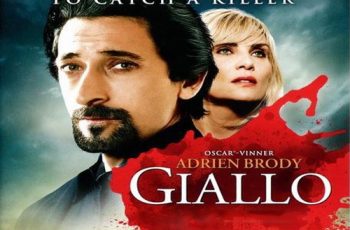 Being a fan of Dario Argento’s films means I had … 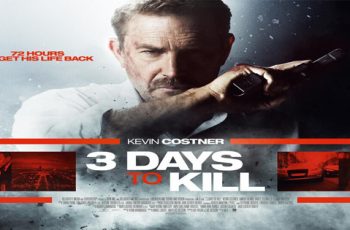