My Tom Cruise season continues this week with his latest movie American Made.  I never got to see this one at the cinema so I was really looking forward to it.  The trailer impressed me as it looked to be an action packed film full of fun and thrills.  However sometimes movie trailers are not always the most accurate in there depiction of the real film so let’s find out if American Made really lives up to the hype, so without further ado here’s my American Made blu-ray review.

When TWA pilot Barry Seal is approached by the CIA his entire world is about to become one giant rollercoaster ride.  The CIA set him up with his own airstrip and hangar and give him jobs to do such as obtaining reconnaissance photographs from countries such as Nicaragua but as time goes by he is also asked to deliver arms and that’s just the stuff he’s doing for Uncle Sam.  Along the way he meets drug cartels who make him an offer he simply can’t refuse.  The only problem Barry has is where to hide all the money!

The film is based on the true story of Barry Seal.

The film is directed by Doug Liman with the cinematography side of things handled by César Charlone.  First off the film starts off at a tremendous pace and never lets up, it really is a rollercoaster ride from start to finish.  This actually plays to the films strengths and is all the better for taking this approach.

Interwoven between all the action sequences are video tape diaries putting what has just happened or is about to happen into some context.  Again this is a really good mechanic that helps to explain what is really happening.  The style is very much high temp with the emphasis being on the fun ride and comedy elements.

The music is by Christophe Beck and provides the perfect scene setting mood.  That said there are plenty of songs used that suit the late seventies early eighties in which the film takes place.

I enjoyed all of actor’s performances from Tom Cruise as the legendary pilot Barry Seal to the magnificent CIA agent Schafer played by Domhnall Gleeson.

However there is no doubting this is a Tom Cruise movie and he plays the role of Barry Seal to perfection providing plenty of fun along this way.  The action comedy style really suits the film and Cruise in is simply in his element playing this happy go lucky character.

Domhnall Gleeson as CIA agent Schafer is simply brilliant he has a real coolness and swagger about him which really plays into the films comedic style.

Sarah Wright plays Barry’s wife Lucy and deliveries a very accomplished performance especially seeing as her entire world is thrown into chaos following Barry’s decision to accept a job offer from the CIA.  She goes through the full range of emotions, from anger, disbelief and heartbreak.

The cartel members all but in suitably convincing performances too and as I mention earlier I have no complaints on the acting front.

I thoroughly enjoyed American Made, the nearest film I can compare it to in terms of story and style would be the 1990 movie Air America starring Mel Gibson and Robert Downy Jr.  In many ways American Made is Scarface meets Air America.  In short American Made is a fun, thrilling rollercoaster ride of a film and one I highly recommend.

If you like my American Made blu-ray review you may want to check out these films:

Clearly the picture quality is not an issue being a 2017 released film so I’ll move on to the extras.

On the extras front there’s plenty of interviews and documentaries including one on the real Barry Seal.  In short the extras are interesting and informative and I strongly recommend watching them.

Purchase American Made (2017) On Blu-ray

That’s American Made blu-ray review, if you have any thoughts on this film you can leave them on our Facebook page. 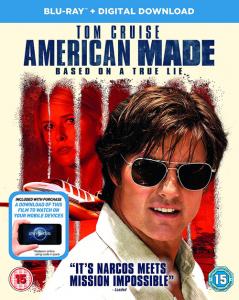 American Made is a fun, thrilling rollercoaster ride of a film. 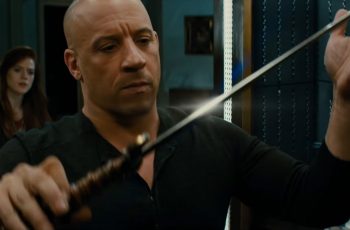 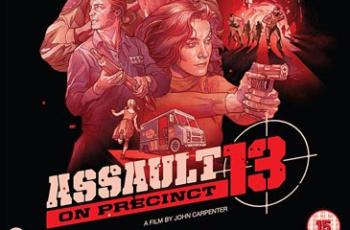