Here’s some blu-ray news horror fans may be interested in. The Amityville Blu-ray Collection, containing four films, has finally arrived and can be picked up right now.

If you’re wondering why the other films such Amityville II: The Possession aren’t included I believe the rights to the other sequels are held by another other companies.

It’s a shame as it would have been nice to have a “Complete Amityville Blu-ray Collection” but it’s currently not possible.

The boxset comes with the four films listed above plus the following extras.

Amityville Blu-ray Collection is out now in the UK.

Personally I only really enjoy the first couple of sequels and have zero interest in the one’s that have been made in the last couple of years which aren’t included here.

Are you a fan of the Amityville films? Will you purchasing this boxset? 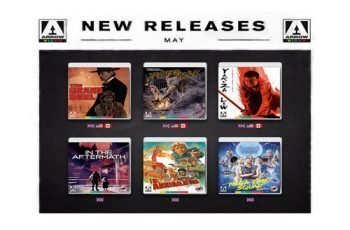 Are you ready for some more upcoming Blu-ray announcements? Arrow …