If you’re a horror fan like me then you may well be interested in Arrow Video’s upcoming An American Werewolf in London 4K Ultra HD Limited Edition which releases this March.

I’m sure most of you have seen this horror classic but for those that that haven’t An American Werewolf in London (1981) is a film written and directed by John Landis. It stars David Naughton, Jenny Agutter, Griffin Dunne and John Woodvine.

As you can see Arrow’s 4K release has pretty much everything a fan of the movie could want.

An American Werewolf in London 4K Ultra HD is due for release on the 14th March 2022 in the UK.

Will you be getting An American Werewolf in London – 4K Ultra HD Limited Edition? Or are you happy with the 2019 blu-ray? Let me know over on our Facebook page. 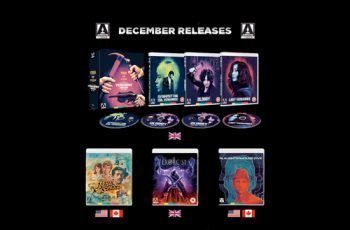 Arrow’s December releases includes another four films for the UK. …