Al Pacino plays a cop sent undercover to track down a serial killer.

Arrow has again impressed with another fully restored Blu-ray release. Cruising has undergone a 4K restoration.

Brand new restoration from a 4K scan of the original camera negative, supervised and approved by writer-director William Friedkin

Clip NOT representative of Blu-ray version.

Arrow have put together a rather nice set of extras but its the 4K restoration that is the most interesting.

This release is only out in the USA and Canada. It’s a horror thriller starring Linda Miller, Mildred Clinton and Paula E. Sheppard.

There’s some good news as this Arrow release has been restored.

You can pre-order now over on Amazon, Zavvi or direct from Arrow Video’s website. I’ve added the Amazon links which also helps you support our website. All you need do is purchase via those affiliate to help us out at no cost to yourself.

That concludes the Arrow Video August 2019 Blu-ray line-up. I’ll definitely by taking a look at the William Friedkin / Al Pacino film Cruising (1980). None of the other release really interests me so I’ll probably pass on them. 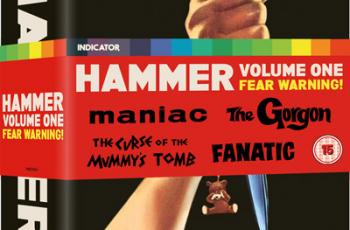 If like me you love a good Hammer film then …