Arrow’s October Blu-ray releases include two cult horror classics An American Werewolf in London (1981) and NightBreed (1990). Only one film seems to have undergone any restoration. Let’s take a closer look at all of the Arrow Video October 2019 Blu-ray line-up.

You can obtain your copy on the 7th October 2019 in the UK and couple of days later in the USA.

This one’s a sci-fi Swedish-Danish co-production that tells a climate change story that has left Earth ravaged.

If you fancy taking a look at this one I’ve added the trailer below. It’s out on the 21st October 2019.

An American Werewolf in London (1981)

Two American students find themselves out on the moors in England late at night during a full moon. Worse still is that something is tracking them in the darkness.

An American Werewolf in London is out just in time for Halloween on the 28 October 2019.

Written and directed by horror legend Clive Barker. Worryingly there’s no mention of this one being re-mastered so you may want to hold back picking it up until the reviews are out.

Just like American Werewolf in London (1981), Nightbreed also releases on the 28 October 2019.

There’s two stand out releases for October, NightBreed (1990) and An American Werewolf in London (1981). Those look to be the only one’s I’m personally bother about.

Let me know which films you intend on purchasing in the comments section below:

Here are the Indicator August 2018 Blu-ray releases which have … 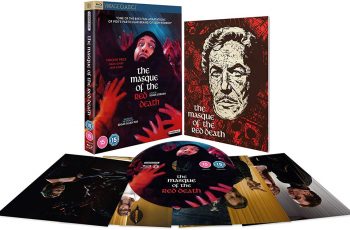