Arrow Video’s November 2018 Blu-ray Releases have been announced and its great news for Brian De Palma and Robert De Niro fans with a three film boxset on its way. So what are these films and what other gems do they have for us in the month November coming to UK, USA and Canada, well it’s time to find out.

First up is the UK only release of the Italian Spaghetti Western film Texas, Adios (1966) from director Ferdinando Baldi and starring Franco Nero, this ones on the 19th November

Now to those Brian De Palma and Robert De Niro films and these are surely a must have for fans of the two:

You can get your hands on these on the 12th November in the UK and a day later in the US/Canada.

The next film is a USA & Canada only release,  Django (1966) is a Italian Spaghetti Western film from director Sergio Corbucci. We are not sure on the exact date for this one suffice to say it’s out in the month of November.

One other film releasing in the UK in November from Arrow Video is the Herschell Gordon Lewis horror The Wizard of Gore (1970). This ones currently down for a 12th November release.

You can pre-order now over on Amazon or direct from Arrow Video’s website. So that’s all of Arrow Video’s November 2018 Blu-ray releases, we will certainly be taking a look at those Brian De Palma / Robert De Niro films so keep an eye out for those reviews closer to the release dates.

Arrow have put a film trailer for Texas, Adios (1966) on their youtube channel, check it out below: 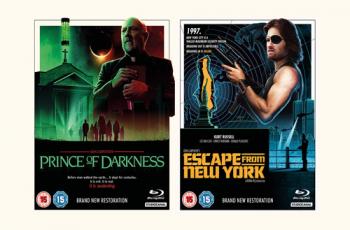