Septembers 2018 Blu-ray Releases have now been announced and like Augusts line-up there’s not too many stand-out titles. That’s not to say they aren’t worth a look, so just what films are coming our way later this year in the UK, American and Canada, here are Arrow Video’s September 2018 Blu-ray releases.

Heathers (1988) is a black Comedy starring Winona Ryder and Christian Slater, whilst Incident In A Ghostland is a 2018 horror film.

Meanwhile The Pyjama Girl Case (1977) is an Italian giallo film from director Flavio Mogherini that stars Ray Milland. If you prefer you cinema from Japan then maybe Horrors of Malformed Men (1969) will be more to your liking, this ones from director by Teruo Ishii.

The Baby (1973) is a horror/thriller from director Ted Post who you might know as he directed such classics as Hang ‘Em High (1968) and Magnum Force (1973) both of which starred Clint Eastwood. Anyway this one stars Anjanette Comer.

Rounding off Arrow’s September releases is the US only release of The Day of the Jackal (1971), don’t worry if you live in the UK as it’s already been out and is still available.

You can pre-order now over on Amazon or direct from Arrow Video’s website. So that’s Arrow Video’s September 2018 Blu-ray releases, we’re not sure which of these we plan to review at the moment so keep an eye out closer to the release dates. 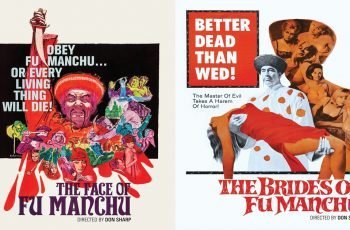