You are probably aware by now that I’m a big Laurel and Hardy and my dream is to see all of the films fully restored and released on to Blu-ray. Work is on going on some of the films whilst there are already several available on Blu-ray such as The Flying Deuces and March of the Wooden Soldiers. What is the last Laurel and Hardy film? Well thankfully the BFI have just released it on to blu-ray. Atoll K (1951) aka Utopia is indeed the duos final screen appearance. So without further ado here’s my Atoll K blu-ray review.

Stan is due for a rather nice inheritance left by his Uncle, however following tax deductions and legal fees he’s only left with a small yacht and a private island in the Pacific Ocean. Ollie takes charge of the situation and the two decide to head for the island where they will be free from taxes and interference from the authorities. However along the way they pick up two passengers. Will their dream of the simple life turn into a reality or will fate deal them a bad hand? I think you know which!

The film is written and directed by Léo Joannon whilst the cinematography is handled by Armand Thirard. The film works reasonable well but suffers midway through the film when our favourite comedy pair disappear for way too long before returning for the conclusion. If the director wanted to still focus on the love story between Suzy Delair’s character and actor Luigi Tosi it would have been better to still keep switching back to the boys for some laughs to break up the films weakest scenes.

Its said that that both Stan and Ollie were unhappy with the production that included actors from France and Italy speaking in their native tongue while they spoke in English. This caused difficulties with communication amongst the cast resulting in difficulties in making the magic of comedy come to life.

In fact neither wanted the film to be released in America as they didn’t believe it to be be good enough. Atoll K would later go on to be released in the US in 1955 under the title Utopia as part of a double feature with Blackboard Jungle having already come out in Europe in 1951.

The music is composed by Paul Misraki.

Clearly Stan Laurel was far from well when making this film. In fact it should have been completed in twelve weeks but actually took twelve months due to several issues. Oliver Hardy also had health issues and had put on a considerable amount of weight. Yet despite all of these problems there are genuinely funny moments when the pair are on screen together.

I not going to say Atoll K is Laurel and Hardy at their best as clearly its not true. They were at their best during the Hal Roach period of their career. That said when Stan and Ollie get together they are always worth watching and that’s ultimately why this new Blu-ray release is a must have for any Laurel and Hardy fan.

The film was marred by several problems including casting / communication issues, illness and script problems. Despite all of this there are some genuinely funny scenes between the two comedy legends. It’s their very last film ending a magnificent career and therefore holds a significant place in their career and the hearts of their fans. For this reason alone it’s a must see!

If you enjoyed my Atoll K blu-ray review so far you may want to check out the following films:

The most important question to answer is how is the picture quality? Well you will be very pleased as the BFI has put the film through a 2K restoration and have produced a stunning looking image. Furthermore this is the longest ever running version of the film. It really baffles me why all of their films are yet to be restored to this level.

On the extras side of things fans of the two will be very pleased with the inclusion of some Laurel and Hardy solo comedies.

There’s also amateur footage of them on the duo’s UK tours and an audio interview with Stan Laurel from 1957 lasting 80 minutes. If that’s wasn’t enough there’s also British newsreel footage from the time.

This really is an exceptional set of extras and one that every Laurel and Hardy fans will surely love. The BFI really has delivered the perfect Blu-ray release and one fans can be proud to add to their collection.

You can own Laurel and Hardy’s last ever film Atoll K (1951) now on blu-ray via the link below:

That’s my Atoll K (1951) blu-ray review, if you have any thoughts on this film you can leave them in the comment section below: 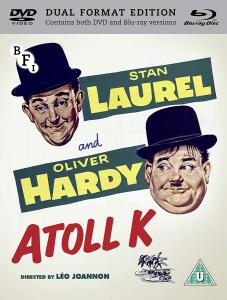 Laurel and Hardy’s final films may not be them at their best but still delivers plenty of laughs. 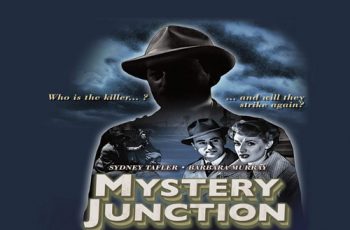 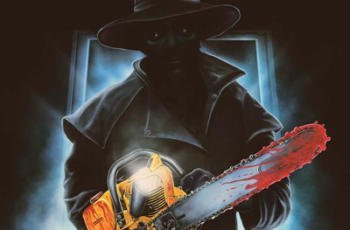 “Insanity runs in my family. It practically gallops.”