I must say I’m really enjoying my 88 Films Italian horror film season. Next on my list to review is their June 2020 offering, Beyond Darkness (1990). Let’s find out if it’s worth a look, so without further ado here’s my Beyond Darkness) blu-ray review.

Priest Peter and his wife Annie along with their two children Martin and Carole move into a new house owned by the church. Soon after the family moves in strange occurrences begin to happen forcing Peter to conduct a blessing. It seems the house has a terrible secret that can’t be contained much longer and it appears the church is well aware of the dangers lurking within.

Directed by Claudio Fragasso, who also directed comedy horror Troll 2 in 1989. However this time he delivers a far more serious horror tone.

Often referred to as a mix of The Exorcist and The Amityville Horror I think Fragasso deserves far more credit as the film is very stylishly put together with a plenty of camera angles giving off the unnerving vibe. Add in a creepy film score and tons of dry ice that’s lit from behind and you end up with extremely pleasing horror aesthetic. This is probably where director of photography Larry J. Fraser comes in as he’s responsible for the cinematography.

The music is provided by Carlo Maria Cordio and as mentioned above he really does deliver the perfect horror exorcism soundtrack. Expect plenty of organ sounds and music that has you feeling uneasy throughout just like a good horror score should.

Considering that Beyond Darkness (1990) is clearly a low budget movie the acting is surprisingly good. There’s only a small cast including two children both of which are very good. Gene LeBrock takes the lead as a priest named Peter. He is out to protect his wife and two children at all costs.

Meanwhile former exorcist George, played by David Brandon, has seen beyond the darkness and is struggling with his own demons. His role requires him to portray a wild, desperately scared man that feels he needs to warn Peter of the danger he and his family faces. I must say David Brandon suits this role very well as indicated by the picture below.

I thoroughly enjoyed this American / Italian horror film. It has an American cast and is clearly set there. However it retains much of that Italian filmmaking feel that sets it apart from many others in the same genre. It may have been a low budget film but it uses this limitation well. It looks very stylish and has an unnerving score and good acting. I suspect that in the years since its initial release this has become a cult classic.

I highly recommend giving this one a look if you consider yourself a horror fan.

If you’ve enjoyed my Beyond Darkness blu-ray review so far you may want to check out the following films:

The first thing I’ll say is the picture quality is excellent. I didn’t notice any marks from start to finish. The image is sharp and the colours all appear as they should look.

On the extras front 88 Films has included couple of interesting interviews you may wish to consider giving a look. There’s also the original trailer which I also appreciate being included.

This Beyond Darkness blu-ray release by 88 Films is what I want from films released on the format, excellent picture quality, and a nice set of extras.

Purchase Beyond Darkness (1990) On Blu-ray

Beyond Darkness (1990) is available out now on blu-ray.

That concludes my Beyond Darkness blu-ray review, I’m aiming to review more horror movies soon. What’s next? Check back soon… 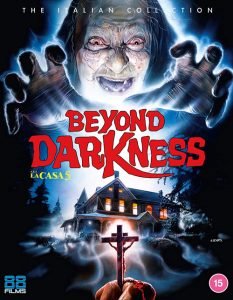 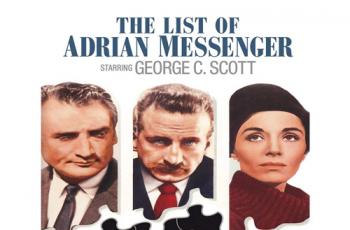 If you like films with a puzzle then maybe the … 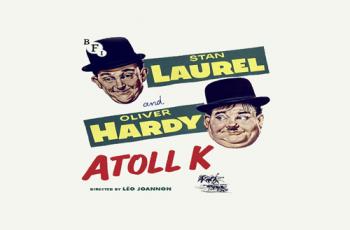 You are probably aware by now that I’m a big …