It’s time take a look at all the new releases on Blu-ray this week.  The big release this week is family friendly The Lego Ninjago Movie from Warner Bros, there are of course a few other new titles to take a look at so lets get started.  These are the new Blu-ray Releases 12th February 2018.

This week sees a couple of family film with My Little Pony: The Movie (2017) from Lionsgate and The Lego Ninjago Movie coming from Warner Bros.

There are two new releases from Arrow Video including Seijun Suzuki: The Early Years. Vol. 1 and the Dario Argento film The Bird With The Crystal Plumage (1970).

Meanwhile 20th Century Fox have the action adventure film The Mountain Between Us (2017) starring Idris Elba and Kate Winslet.  If horror’s more you thing then maybe you well prefer the offering from 88 Films, Sweet Sixteen (1983).

Moving on to television series and this week see’s the release of the BBC’s Father Brown series 6 on both DVD and Blu-ray from Spirit Entertainment.  Fellow BBC series Inside No. 9 Series 4 also lands this week.

One other title is out this week The Deuce: Season 1. 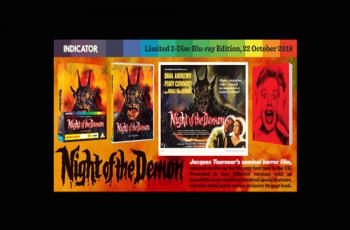 Are you ready for some more films to watch on …