Every Monday I look through all the new Blu-ray releases, as well as the odd DVD out that week, and select my pick(s) of the week. So here is my pick of the Blu-ray releases 19 September 2016 in the UK.

Here’s a look at the trailer

If you like Paul McGann’s doctor you can enjoy plenty more of his adventures on audio thanks to Big Finish. The good news is they are still making these awesome audio Doctor Who adventures with many of the previous Doctors reprising their roles.

So you can listen to Tom Baker, Peter Davison, Colin Baker, Sylvester McCoy, Paul McGann & David Tennant along with many of the original companions.

Set in the First World War this is seen as Kubrick’s anti-war film.

Paths of Glory is available now on Region B (UK) Blu-ray from Amazon.co.uk

Take a look at the film trailer

There are my picks of Blu-ray Releases 19 September 2016 check back each week for more selections. Final Cut Entertainment are set to release the Charles Bronson … 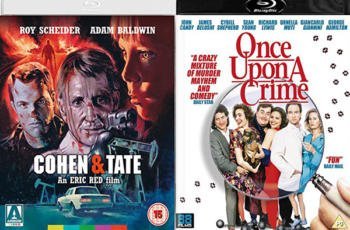