It’s time take a look at all the new releases on Blu-ray this week. There are several horror titles out this week with many coming from Lionsgate. So let’s take a look, these are the new Blu-ray Releases 26th February 2018.

What better place to start than with those new Lionsgate Blu-ray titles. First up is the nineties horror film Wishmaster (1997).  If you are looking for something a little more brutal then why not pick the Saw: The Legacy Collection containing all of the films including the latest film Jigsaw.  Already own most of them then also out this week on its own is indeed Jigsaw (2017).

Fancy something different then how about horror film The Gate (1987) starring Stephen Dorff.  One last release from Lionsgate this week and yes it another horror movie, Lair of the White Worm (1988) starring Amanda Donohoe and Hugh Grant.

Moving on to Arrow video sees they also only have one title out this week, Black Sunday (1960) an Italian gothic horror film directed by Mario Bava.

If superhero films are more your thing Disney have Thor Ragnarok (2017) or if you prefer they also have a Thor boxset including all three movies.

Plan B Entertainment have the James Stewart western Broken Arrow (1950), 88 Films have the Italian horror film A Cat in the Brain (1990) whilst Maison Rouge have The Sinful Nuns of St Valentine (1974) which is another Italian title. Final Cut Entertainment only offering is the Cher film Mask (1985). 88 Films is bringing the once banned horror film Night … 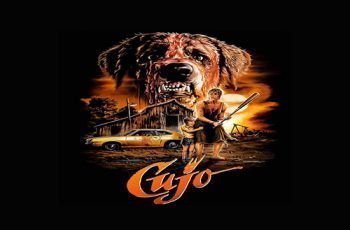 Eureka Entertainment has recently announced they are to bring Stephen …