It’s time take a look at all the new releases on Blu-ray this week.  The big release this week is sci-fi sequel Blade Runner 2049 from Sony Pictures, there are of course several other new titles to take a look at so lets get started.  These are the new Blu-ray Releases 5th February 2018

As mentioned above Blade Runner 2049 has finally arrived on Blu-ray in the UK and comes in two different options.  First is the regular version that comes with two disc and cost around £15 then there is the limited edition which come with five bonus cards and cost around £20.

Personally I would also recommend purchasing Blade Runner: The Final Cut on Blu-ray if you don’t already own it as this is easily the best version of the original film.

Also out this week is the remake of a classic nineties film, Flatliners (2017).  Next up is the romantic comedy drama Home Again (2017) starring Reese Witherspoon.  Lastly from Sony Pictures is Something Wild (1986) an action comedy starring Melanie Griffith, Jeff Daniels and Ray Liotta.

Batman: Gotham By Gaslight is Warner Bros’ only new release this week.

The Gruesome Twosome (1967) is Arrow Video’s only new title, this one is directed by Herschell Gordon Lewis.

The Michael Caine film Deadfall (1968) finally releases this week after several delays, it should have come out last year but had its release date slip for whatever reason only Signal One Entertainment know.

The only television series to release on to Blu-ray this week is the latest version of Maigret that stars Rowan Atkinson.  You can either purchase the second series or both series in the complete collection.

That just about concludes the new Blu-ray releases this week, check back next week for more or you can always stay up to date by checking out ‘Release Dates’ page.  I’ll leave you with a couple of foreign films also out this week.

Note: The Amazon links on this page are affiliate / associate links. By buying through the links we may receive a commission for the sale.  This has no effect on the price for you. Powerhouse Films are set to release the Hammer adventure film, … 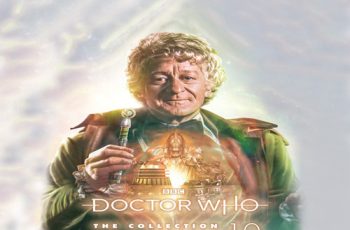 The next classic Doctor Who series to receive the Blu-ray …