Good news Stephen King’s IT is now available from Amazon.co.uk

Stephen King’s IT (1990) Blu-ray was due to be out this week however it’s not clear if that will still happen.  Amazon now list it as currently unavailable, we will keep you posted.

The Carter family are on holiday (vacation if you prefer) and are going to find themselves stranded in the worst possible location.

The Hills Have Eyes is available now on Region B (UK) Blu-ray from Amazon.co.uk

I will be reviewing the Blu-ray version soon and seeing just how well the restoration has gone, so keep an eye out for it.

Take a look at the film trailer…

Stephen King’s IT is available now on Blu-ray (Region Free) priced £7.99 (as of date of release).

Buy it from Amazon.co.uk

I will be reviewing the Blu-ray version soon

Another film that was due for release this week was the sequel to, We Still Kill The Old Way (2014) that starred Ian Ogilvy.

The sequel is named We Still Steal The Old Way, the Blu-ray release has now been put back until January 2017.

That’s two Blu-rays not out on Monday. 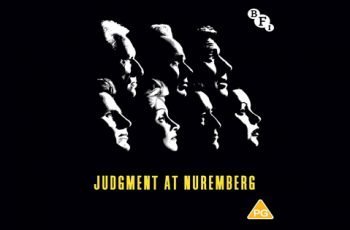 The BFI are bringing out the Judgment at Nuremberg Blu-ray … Powerhouse Films (Indicator) are bringing the western film A Time …