There’s actually some good blu-ray news this month as Dazzler Media are set to release the Bruce Willis / Michael Rooker film Corrective Measures on Blu-ray & DVD this July 2022 in the UK.

It’s great to see that Corrective Measures (2022) is receiving a UK blu-ray release in the UK as recently many companies simply decide that the DVD only option is the way to go for films such as this.

For example Clint Eastwood’s Cry Macho (2021) recently was a DVD only UK release, shocking I know!

In any case Corrective Measures is a sci-fi action-thriller and is one of Bruce’s last movies. I’ll add the trailer at the bottom of the page.

This release comes on 1 disc (Blu-ray or DVD) with a running time of 107 mins. There’s no mention of any extras but that’s fine by me so long as there’s a blu-ray version.

The pricing is very reasonable as you can see below.

Corrective Measures Blu-ray/DVD releases on 11th July 2022 in the UK.

It’s sad that Bruce Willis has been forced to quit acting as he did appear in some really good movies other than Die Hard.

Films such as 12 Monkeys, The Fifth Element, Surrogates and Lucky Number Slevin all stand out in my mind.

What’s your favourite Bruce Willis film? Will you be buying this latest offering? 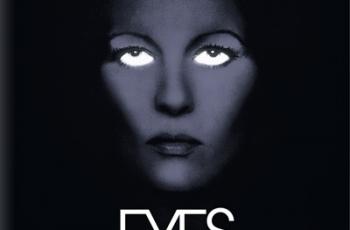 Powerhouse Films under their Indicator label are due to release …