This horror film stars Renee Zellweger, Ian McShane and Bradley Cooper. A decent cast but is it worth your time?

What is Case 39?  Well it’s a psychological horror starring Renee Zellweger as social worker, Emily Jenkins who is assigned a 39th case. The case is that of Lillith Sullivan who appears to be being mis-treated by her parents. Taken into care Lillith strikes up a emotional connection to Renne Zellwegers character and asks if she can stay with her which she ends up doing.

So great a nice happy ending right?  Well no otherwise it would be a rather short and boring movie, so from here on Emily Jenkins gets far more than she bargained for.

I won’t give away too much more as it would ruin the film but this is a supernatural thriller so expect evil events to take place!  All is not as it seems or a certain someone is not who they appear to be…

The plot is not particularly original but is interesting enough to keep you entertained and wondering how it will play out.

Renee Zellweger is excellent as is the young girl, Jodelle Ferland and the supporting cast of Bradley Cooper and Ian Mcshane.

As I say the film has wondering just how it will be concluded, although watching this on Blu-ray I was presented with the dreaded alternative endings for you to look at after you have just watched the one they decided to go with.

I mean come on I know film fans love extras but I always think it’s a bit cop out giving alternative endings, it’s like you don’t know your own film.

So did they choose the right ending?  Well thankfully the one they go with is definitely the right choice as the alternative ending was exactly the the one I was expecting.

I enjoyed this film and would recommend it to anyone who enjoyed films like The Exorcist or just horror/supernatural genre in general.

Despite receiving quite a lot of negative reviews I tend to strongly disagree with them I think this film is well worth a look.

I’ll leave you with the Case 39 trailer

That was my Case 39 movie review, have you seen the one?  What do you think of it?  Does Zellweger put in a good performance? Please let us know you thoughts over on our Facebook page. 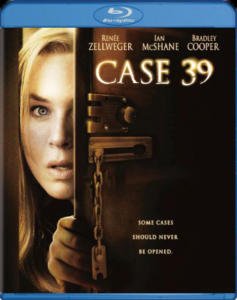 Movie description: A social worker Emily Jenkins is assigned a 39th case and its one she will remember forever

If anyone offers you Case 39 at work take my advice, don’t accept it like Renee Zellweger does in this entertaining horror film! 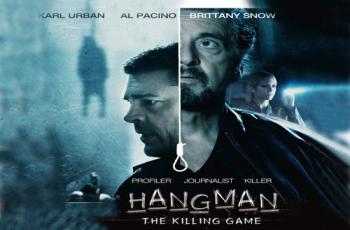 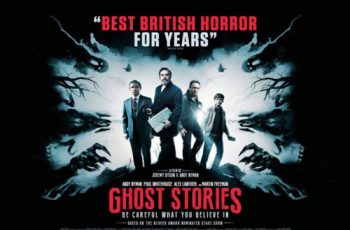