Final Cut Entertainment are set to release the Charles Bronson crime, action-thriller The Mechanic (1972) on blu-ray this June 2022 in the UK.

Jason Statham remade this film back in 2011 but for me the Bronson version is by far the better film.

There’s no details on whether or not the film has been restored although a recent USA release did receive a 2K restoration. Hopefully that’s the same version the UK will receive.

Final Cut also doesn’t mention if there are any extras included either so I’ll have to review this release and let you know.

Will you be picking this blu-ray release? What is your favourite Charles Bronson film?

You can find a full list of the upcoming blu-ray releases over on our Blu-ray Release Dates page. 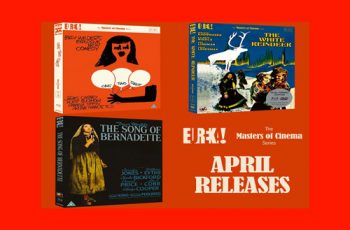 The Criterion Collection are set to release the western, Buck …