It’s time for the Countess Dracula blu-ray review, I’m somewhat of a fan of certain types of horror films, none more so than Hammer.  I love their style, music and actors so when any such film makes its way on to blu-ray I simply must take a look.

The film I’m looking at today is Countess Dracula (1971), may not be regarded by many as one of the very best but it’s one I still enjoy.  Anyway this one’s been out for while released by Network, the question is have they done a good job in terms of picture quality?  Let’s find out, here’s my

Countess Elisabeth Nádasdy has a secret, she can restore her youthful appearance temporarily but only at a cost to others.  With several local girls disappearing how long can she and her lover Captain Dobi cover up her crimes?

It’s instantly recognisable as being from the Hammer series of films and that has to be a massive positive.  Still the story is not as enthralling as some of the more highly regarded titles.

Directed by Peter Sasdy, with the cinematography being handled by Kenneth Talbot.

Not one of Hammer’s best scores but one that seems to suit the feel of film rather well, the music is provided by Harry Robertson.

Overall the acting is pretty solid.

Make no mistake Countess Dracula (1971) is certainly not one of Hammer’s best horror films.  That said its one I would certainly say is worth watching.  If I had one main complaint other than the story not being the most compelling it’s that the films pace is too slow.

If you like my Countess Dracula blu-ray review you may want to check out these films:

Unfortunately this appears to be no more than a high definition transfer meaning the resolution is vastly improved from the previous DVD release.  Sadly no restoration work has taken place, it really only needs a quick clean-up which is a real shame.

Hopefully one day someone may release it again properly restored. There are plenty of speckles throughout the film which really spoiled my entertainment.  Until then this is the best version of the film currently available.

Moving on to the extras and to be fair to Network they a excellent which is even more annoying considering the picture quality should be the first priority of any Blu-ray release.

That’s the Countess Dracula blu-ray review, if you have any thoughts on this film you can leave them in the comment section below: 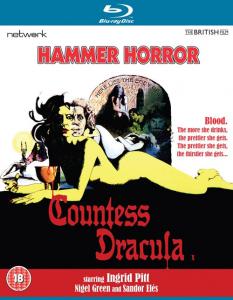 A reasonably enjoyable Hammer film let down on Blu-ray by poor picture quality. 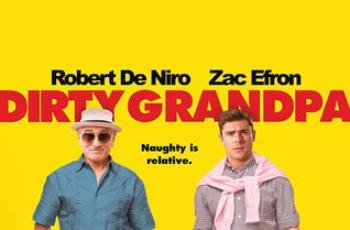 Awful Film Friday is a new feature inspired by the …