It’s time for my Criss Cross blu-ray review. This one released on blu-ray a few months back in the UK by Eureka Entertainment. There’s good news to as it’s a fully restored release. The film stars Burt Lancaster in this film noir crime thriller classic from 1949. With all that said let’s take a closer look at both the movie and the blu-ray release.

Steve Thompson (Burt Lancaster) returns home to Los Angeles with the hope of hooking up with his ex-wife Anna (Yvonne De Carlo). He manages to get his old job back as a guard at the armored-truck company. After beliveing his has won back Anna’s affections he finds out she has married mobster Slim Dundee.

In order to win her back he resorts to invovling Slim Dundee in a job to steal the money from the armoured truck he drives. However there’s certain to be a Criss Cross along the way!

The film was directed by Robert Siodmak whilst Franz Planer was the one responsible for the cinematography. Its has that classic crime film noir look which I love. Shot in black and white it has some nice camera angles and nails the mood perfectly.

The music is provided by Miklós Rózsa.

Burt Lancaster plays Steve Thompson a regular guy that simply can’t get his ex-wife Anna out of his mind. Lancaster is on top form as is Yvonne De Carlo as his wife Anna. She is madly in love one moment and cold as stone the next.

Criss Cross is an excellent crime thriller that as the name suggests has a lot more going on than inially appears. Burt Lancaster and Yvonne De Carlo are both excellent making this a tense and compelling affair.

If you enjoyed my Criss Cross blu-ray review so far you may want to check out the following films:

The film has undergone a 4K restoration that makes the picture look flawless. I’ve no complaints with either the image quality or with the extras included. I say this all the time, but it really is fabulous to see these classic films receive such attention.

On the extras side there’s audio commentary and a ‘Radio Adaptation’ of the film.

Burt Lancaster is great actor and Criss Cross is excellent film that now looks as it should. I highly recommend grabbing a copy of this whilst you can, it a truly fabulous blu-ray release. 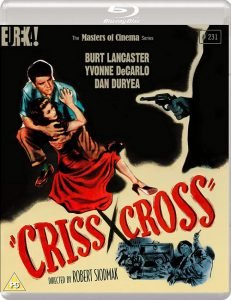 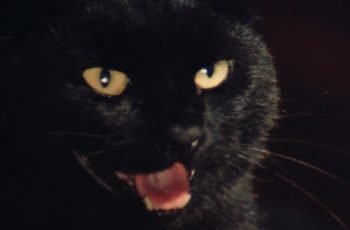 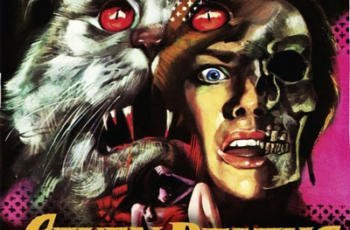