Wes Craven has made some memorable additions to the horror scene, but one film that passed me by was the 1981 horror movie Deadly Blessings. What’s more it features Sharon Stone in her first main acting role. I think it’s about time I take a look at this one and find out if its a forgotten classic or a film better forgotten, so without further ado here’s my Deadly Blessing blu-ray review.

Martha (Maren Jensen) and Jim Schmidt (Douglas Barr) run a farm called Our Blessing in a town in which most of the townsfolk are Hittites, a deeply religious group whom similarly to the Amish refuse the use of technology to aid them in their daily life.

Jim is in fact one of them with his father Isaiah (Ernest Borgnine) head of the Hittites community. However, Jim went against the wishes of his father by embracing modern living and marrying a woman from outside their community and employing the use of a tractor on his farm and in doing so alienating himself from his father and the rest of the community.

Will Isaiah allow this act of defiance or is there something even more terrifying lurking around the farm of Our Blessing?

The film was directed by Wes Craven with the cinematography side of things that’s taken care of by Robert Jessup. For the most part, the film has a kind of soft focus or milky look about it. It certainly suits the horror style and I guess this was the look Craven was looking to create.

The music is by James Horner and is mix of Gregorian chanting in a similar style as to say The Omen mixed up by some chilling piano. All of which works exceptionally well at creating a suitably uncomfortable horror score.

I have no real complaints on the acting although I think the script could have been considerably better and thus allowing the actors to deliver better performances and more interesting characters.

Sharon Stone’ character for one could have been given a more to do and seemed more than a little underutilised. She seems too able to sense the impending doom yet doesn’t really have much impact on the storyline right up until the end.

Maren Jensen as Martha Schmidt is the star of the film and the one we follow most of the events of the film through. She does a good enough job to keep you invested in her plight despite the film’s plot struggling to remain intriguing for large parts of proceedings.

Ernest Borgnine plays the leader of the towns Hittites population. He delivers a strong performance as a rather strict figure that enforces their belief that technology is a sin. The rather distinctive looking Michael Berryman plays one of Isaiah’s flock and unsurprisingly he plays an incredible creepy kind of fellow. He does this exceptionally well and adds to the uncertainty as to where the real evil emanates from.

Deadly Blessing is an interesting horror film that certainly has a few moments that shock whilst many which feel extremely uncomfortable. That said I never really felt the overall story was compelling enough with the film instead relying more on several horror set pieces scenes rather than a flowing plotline that draws you in. And it’s that lack of clarity in the story that really holds the film back.

However one thing the film is very good at is throwing in a couple of red herrings as to the perpetrator of the terror. So in the end I’d have say that Deadly Blessing’s is worth a look due to the overall uncomfortable tone the movie creates but don’t expect a masterpiece.

If you like my Deadly Blessing blu-ray review you may want to check out these films:

Deadly Blessing has some extremely uncomfortable moments but is ultimatley let down by the lack of clarity in the story.

This Blu-ray release overall is very good, the picture is clean for the most part with only a couple of tiny white speckles appearing throughout the entire film. The colours look pretty much perfect, so to be fair I have nothing really to complaint about on the release it’s another good job by Arrow Video.

Switching attention to the extras reveals another excellent set including interviews with director Wes Craven in which he conveys his feeling on the film, its ending and the reason why all three of the leading woman appear in lingerie a lot of the time. It’s only a short interview but Craven reveals some interesting facts.

Meanwhile Craven Images: The Horror Hits of Michael Berryman features an interview with the actor mixed together with clips of him in action.

That concludes my Deadly Blessing blu-ray review, if you have any thoughts on this film you can leave them over on our Facebook page. 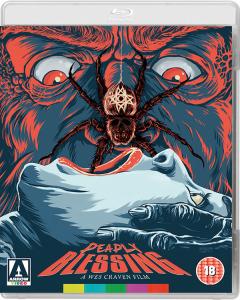 Deadly Blessing has some extremely uncomfortable moments but is ultimately let down by the lack of clarity in the story. 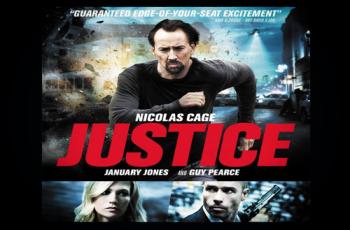 I’m continuing my look at Nicolas Cage films with an … 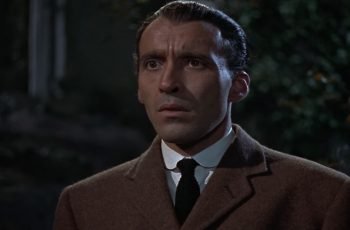 The Hound of the Baskervilles is a fantastic story that …