The are BBC bringing Doctor Who The Abominable Snowmen to blu-ray early in September 2022 in the UK.

The Abominable Snowmen stars Patrick Troughton as the Doctor. However most of the original 1967 recordings were lost but the audio survived.

That has prompted the BBC into producing a fully animated presentation of all 6 episodes.

“Most of the original 1967 master recordings of the six-part adventure ‘The Abominable Snowmen’ were lost soon after the programme’s original transmission.

However, audio-only recordings of all the episodes have survived and have been used here to create six brand new fully animated presentations of this lost classic, as well as the one surviving segment, Episode 2.”

This Doctor Who release is available on both blu-ray or DVD formats. I’ve added the teaser trailer at the bottom of the page.

Doctor Who The Abominable Snowmen Blu-ray

Don’t forget the BBC are also releasing Doctor Who The Collection Season 2 on blu-ray later this year.

Will you purchasing this Second Doctor story? If so will it be on Blu-ray or DVD? 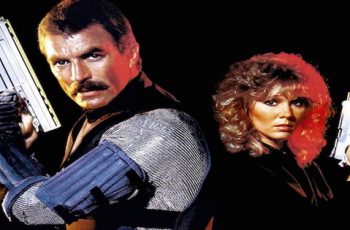 Arrow Video are releasing the horror film, The Righteous (2021) …