The BBC are releasing Doctor Who The Collection Season 8 Blu-ray featuring Jon Pertwee this November in the UK.

This season includes one my favourite episodes, The Dæmons which is set in the village of Devil’s End. There’s plenty of spooky goings on and The Master just happens to be in town.

Doctor Who The Collection Season 8 Blu-ray

This release comes on 8 discs and includes the following stories:

Doctor Who The Collection Season 8 Blu-ray Blu-ray releases on 14th November 2022 in the UK.

I’m a big fan of the Jon Pertwee era Doctor Who so I’m really looking forward to watching this enhanced blu-ray edition.

Will you be picking up this classic sci-fi series on blu-ray?

Don’t forget to check soon for more blu-ray news. Our release dates pages are updated every week so keep a check those for more upcoming films and television titles. 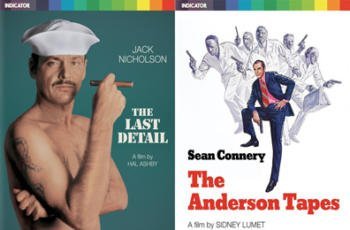