My Nicolas Cage movie season continues with a black comedy thriller that also stars Willem Dafoe and Christopher Matthew Cook. This one’s a wierd one but should you consider picking it up on blu-ray? Let’s take a look, so without further ado here’s my Dog Eat Dog blu-ray review.

Three former inmates Troy, Mad Dog and Diesel take on a job that could net them a large sum of money. The only problem is it involves kidnapping a baby and holding it for ransom.

The films directed by Paul Schrader whilst Alexander Dynan is responsible for the cinematography.

The music is provided by Deantoni Parks / Nicci Kasper.

Cage and Dafoe deliver good performances whilst Christopher Matthew Cook suits his role. Troy (Nicolas Cage) is the leader of the gang and is the one responsible for getting the jobs. Meanwhile Mad Dog (Willem Dafoe) as you might expect from his name is the unpredictable and wild member of the gang. I must say Dafoe is perfectly cast for the role.

The three actors work well together but you are left wondering why they stay together.

Dog Eat Dog is a movie that seems heavily influenced by the styles of Tarantino and Guy Richie. At times it really leans more towards the Guy Richie film style. This is probably the best way of describing the look and feel of this fun movie. That said there are also two very good actors in Cage and Defoe and for them alone it would be worth a look.

I’d recommend giving it a look as it certainly falls into the weird / cult status and that’s not a criticism. In fact I applaud the fact this movie exists given the poor offerings Hollywood often churns out each year.

If you enjoyed my Dog Eat Dog blu-ray review so far you may want to check out the following films:

There are no issues to report in the picture quality department being a film from 2016. There are no extras included but I’m fine with that. 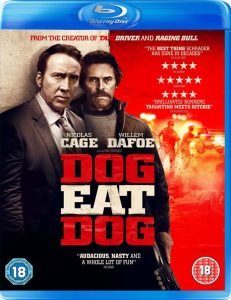 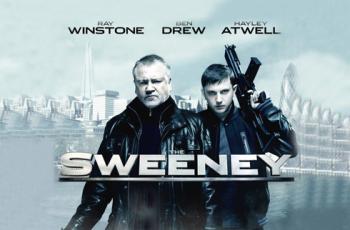 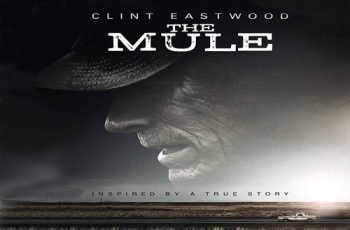