I never did get around to seeing Dumb and Dumber To. I’d always meant to but what with so many other films to review I somehow never managed to squeeze it in. That is until now, so here is my Dumb And Dumber To Blu-ray Review.

I even took another look at the original so I could compare the new one against it.

For me the first film was funny I enjoyed at the time of release and I enjoyed now in 2016.  So what I was looking for was more of the same in the sequel.

But is that what I got?  Let’s find out…

Twenty years have passed and Lloyd Christmas (Jim Carrey) has apparently never gotten over the events of the first film. In fact he hasn’t spoken a word in all that time. Harry Dunne (Jeff Daniels) has been visiting him at a mental hospital once a week for all of those twenty years.

Harry has news for Lloyd, he can no longer visit him. Lloyd however decides to reveal that it’s all been one huge gag and bursts into life.

And so starts the film, the two of them back together, but quite a lot has changed in those passing years.  Harry discovers he has a daughter and has a urgent life or death need to meet her.

Lloyd has his reasons for wanting to meet Harry’s daughter but I think you can guess where that’s going.

So begins the road trip to track her down.

This film basically lives or dies by the performances of Jim Carey and Jeff Daniels.  The reason the first film was such a success was indeed down to their chemistry.

Both have to be on top form to make it work and after twenty years it’s possibly a big ask.  That said they both nail it with performances matching the first film.

Yes they look a little older, not a problem, but I was a little concerned prior to watching it if the old magic would be able to be recreated.

I need not of worried as they really do put in terrific performances which makes the film a perfect sequel in many ways.

Elsewhere I thought Rachel Melvin who plays Penny, who Harry believes to be his daughter, was excellent.  She really shines with perfect comic timing and fits right into to Lloyd and Harry’s world.

The jokes are all the same type as you would have seen in the first film.  By this I mean it’s a continuation, so if you found that funny you will or should find this one funny too.

In many ways they follow the same plot style and direction.  This is the correct course and shows they understood why the first film work so well.

Having had such a long gap between films you have to take your hat off to all involved as I think this turned out very well.

It had me laughing pretty much as much as the first one.  The original is always going to the best but this one makes for a pretty good comedy movie in its own right.

Dumb And Dumber To Blu-ray Review

Obviously I’m not going to judge the picture quality as this is a new film from 2014.

I will focus on the Blu-ray extras.

Dumb And Dumber To is available now on Blu-ray.

Dumb And Dumber To Blu-ray Review (2014) is one of many available on the site.

That’s my Dumb And Dumber To Blu-ray review, a thoroughly entertaining experience. 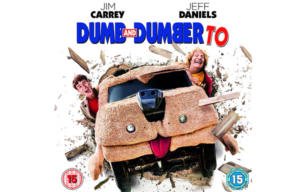 If you loved the first film then the sequel delivers more of the same in a good way! Dumb And Dumber To is the sequel we all deserved. 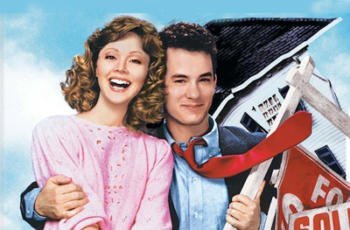 I grew up watching lots of films during the eighties … 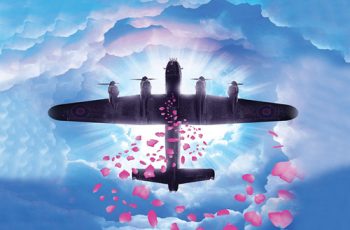