Eureka Entertainment’s July 2019 Blu-rays were recently announced. That means another four movies are heading our way very soon. I’ll be honest only one of them really interests me. That’s the WWII war film The Cockleshell Heroes (1955). The bad news with that one is it doesn’t appear to have had any restoration work performed on it. In any case let’s take a closer look at that and the rest of July’s Blu-ray offerings.

The film is a drama directed by Hal Ashby. The cast includes Jane Fonda, Jon Voight and Bruce Dern. That’s a pretty decent cast in my opinion. Unfortunately this film release doesn’t appear to have undergone any restoration work.

It does come with a couple of extras.

1080p transfer of the film on Blu-ray

Set in during the Second World War it tells the story of a raid on German cargo shipping by British Royal Marines in 1942. The film’s stars José Ferrer, Trevor Howard, Christopher Lee, Dora Bryan, Victor Maddern and Anthony Newley to name just a few.

Again Eureka Entertainment fail to make mention of any remastering work. That tends to point to poor picture quality for a film of this age.

This one’s an American romantic drama from director Elia Kazan. The cast includes Dorothy McGuire, Joan Blondell, James Dunn, Lloyd Nolan and Peggy Ann Garner. This Blu-ray release has had a 2K restoration so should be worthwhile purchasing from a quality perspective. 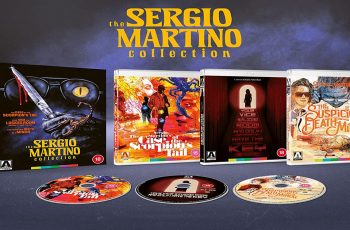 TV Series The Fear Index arrives on blu-ray and DVD …