UK film label Final Cut Entertainment has revealed its November release line-up for both Blu-ray and DVD. The highlight of their new titles has to be the Death Wish 1-5 boxset of films starring the one and only Charles Bronson. This one’s out on Blu-ray on the 12th November 2018 making it the perfect gift for someone this Christmas.

There are also two DVD releases with the Sylvester Stallone crime thriller film Night Hawks (1981) and The Sentinel (1977), a supernatural horror featuring the likes of Martin Balsam, Ava Gardner & Eli Wallach. These ones are out on the 26th November 2018.

One film that may be worth a look from Final Cut Entertainment is already out on Blu-ray, releasing on the 22nd October is the William Friedkin directed horror film The Guardian (1990). It stars Jenny Seagrove and Carey Lowell, check out the film trailer below:

You can purchase all the films from retailers such as Amazon, HMV & Zavvi 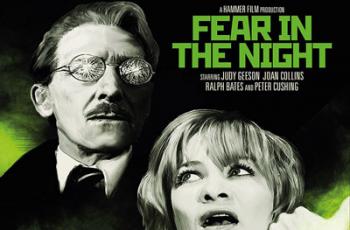 If like me you love watching classic Hammer films, especially …