I’ve recently been reviewing all of the Hammer films that Studiocanal released on to Blu-ray back in October 2017.  You can see those reviews over the next few days but in short the picture quailty makes it worthwhile upgrading from those DVD copies you probably have.  Many people are missing out on the massively improved image by sticking with the DVD or maybe even VHS, trust me now is the time to move to Blu-ray and enjoy classic films such as Hammer horror looking better than ever.

Following on from those October releases come four more titles.  First up is Horror Of Frankenstein (1970) starring Ralph Bates as Baron Victor Frankenstein.  Next is another film he stars in with Dr. Jekyll And Sister Hyde (1971) with Martine Beswick taking on the part of Sister Hyde.

Switching to a thriller for the third film with Straight On Till Morning (1972), this one stars Rita Tushingham with James Bolam also appearing.

The final film is a cult classic or should that be occult?  To The Devil A Daughter (1976) which is based on the Dennis Wheatley novel and stars Richard Widmark and hammer legend Christopher Lee.

These films are due to be released on Monday 29th January 2018. 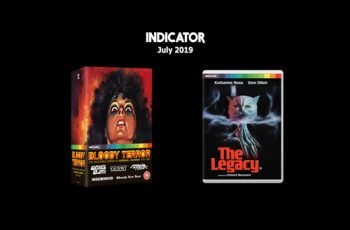 Powerhouse’s Indicator July 2019 Blu-rays were recently announced. There are …