It’s time to catch up on a few of interesting releases that have just come out in January 2021. Geronimo An American Legend blu-ray review released by Powerhouse Films. This 1993 western stars Jason Patric, Robert Duvall, Gene Hackman, Matt Damon and Wes Studi. A pretty good cast right? This is the story of Apache Indian Geronimo and how the U.S. cavalry attempt to control/contain him on the reservation.

As the time of the Apache Indian draws to a close one of the last remaining key figures, Geronimo attempts to accept life as a farmer on the U.S. government approved reservation. However this is not the true way of the Apache Indian and tensions and mistrust soon grow between both sides. Following a couple of bad decisions by both parties this leads to an inevitable new conflict.

Geronimo: An American Legend (1993) was directed by Walter Hill with the cinematography duties falling to Lloyd Ahern. The landscape shots are well framed and look absolutely stunning. Locations used for filming included the iconic Monument Valley, Arizona. It really is an extremely well made piece of filmmaking.

The music is comes from Ry Cooder and it really is something special and really fitting for the story.

As you can see from the cast list below the acting should and is of the highest order. Wes Studi takes on the role of Apache Indian leader Geronimo and I thought did an outstanding job. He really does a fantastic job of bringing this iconic figure to life.

Meanwhile I was also impressed Jason Patric as 1st Lt. Charles B. Gatewood. He’s the man tasked with trying to bring peace and cooperation between the Apache Indians and the U.S. government. I was impressed by his calm and controlled performance.

A young Matt Damon plays 2nd Lt. Britton Davis and it’s through his character’s eyes and voice we witness this historic story.

Gene Hackman takes on the role of Brig. Gen. George Crook a man determined to succeed in bringing peace and calm to both sides. Hackman is very good and its role his character seemingly takes very personally.

Lastly we have the amazing Robert Duvall who put simply enhances every film he appears in and this is no exception. He plays Chief of Scouts Al Sieber a man that helps the U.S. cavalry track down the American legend Geronimo. Duvall is awesome and really gives the film a boast with his mere presence.

To sum up Geronimo An American Legend (1993) I’d say it’s an extremely well told and well made film. It shows both sides of the story and does so through some inspired casting choices.

Although it should be noted the film is not exactly 100% historically accurate, many things have been changed for dramatic and storytelling affect.

This is a really easy film to recommend giving a look, I’m certain you won’t regret it.

If you’ve enjoyed my Geronimo An American Legend blu-ray review so far you may want to check out the following films:

Has Powerhouse Films delivered yet another stellar release? Well having won two awards in our recent awards for, Label That Goes The Extra Mile & The Label With The Most Consistently Interesting Releases, they really are setting the bar high for themselves.

Geronimo An American Legend is indeed another excellent release that has perfect picture quality and a rather extensive set of extras that should fill you in with every aspect of the history surrounding this story and film.

Powerhouse Films label Indicator is off to a great start in 2021!!!

Geronimo: An American Legend (1993) blu-ray is available now from Amazon. 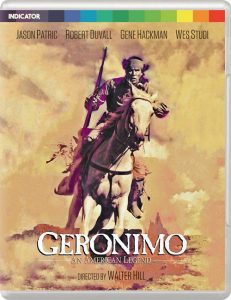 Movie description: The story of Apache Indian Geronimo and how he became an American legend.

A compelling story told by a outstanding cast 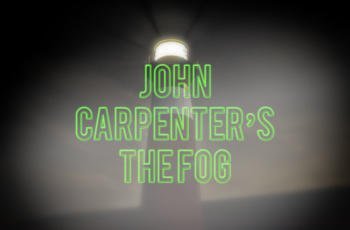 Every October should feature at least one John Carpenter film. … 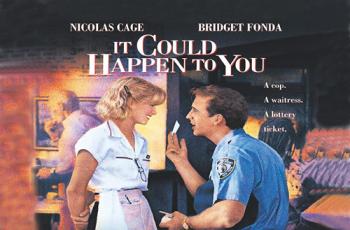 Next up on my look at Nicolas Cage films that …