The outstanding Michael Caine British gangster film Get Carter (1971) has received a brand new 4K restoration by the BFI.

Get Carter 4K BFI 2 Disc Limited Edition will be available on both 4K UHD and Blu-ray this August in the UK.

It was originally due out at the end of July but has slipped into August’s blu-ray release line-up.

4K from the original camera negative by the BFI

Mike Hodges directs whilst the film stars a lot of familiar faces as you can see below.

I’ll be honest Get Carter (1971) is possibly my favourite film of all time so I’m super excited to see the new restoration by the BFI. Just don’t mention the awful Stallone remake!!!

I’ve added the BFI restoration trailer at the bottom of the page. Maybe this is the film for those still on DVD to make the leap to either 4K Ultra HD or Blu-ray.

In fact if you want to know which are the Best Blu-ray Players of 2022 click on the link.

Director Mike Hodges has approved this new restoration which is newly restored in 4K from the original camera negative by the BFI.

Meanwhile as you would expect the blu-ray version contains two blu-ray discs one with the film and the other has the extras.

I’ll certainly be taking a look at this new BFI version of one of my favourite films.

Will you be buying it? If so which format will you choose? Let me know over on the Popcorn Cinema Show Facebook page. 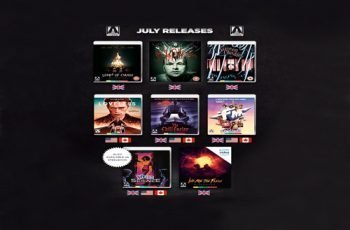 It’s time to take a look at the Arrow Video …