It’s time for the Halloween III Season of the Witch blu-ray review, this ones a another horror cult classic that has found its way on to blu-ray having been restored. Just how well has it been restored? I’m about to find out.

John Carpenter and Debra Hill produced this film with Tommy Lee Wallace is the writer and director.

The film starts on October 23 with shop owner Harry Grimbridge being chased and then attacked by men in black suits. He escapes and makes his way to a gas station, in doing so nearly scarring the attendant half to death.

He collapses and is taken to hospital to recover. Dr Daniel Chasllis (Tom Atkins) is on call and attends to the Harry who won’t let go of a Halloween mask.

With Harry calmed and resting in a hospital bed Dr Challis goes to the staff room and grabs a few minutes sleep. He is awoken by a nurse screaming, he jumps up to investigate and finds Harry has just been murdered. The nurse points to a man in a black suit as the killer, he chases him into the car park. The man enters a car and pours gasoline over himself and set fire to himself.

Don’t worry the film has barely got going.

From here Dr Challis meets up with Harry’s daughter Ellie Grimbridge (Stacey Nelkin). They set out to trace her father’s whereabouts in the days leading up to his death.

This takes them to a small town in Santa Mira where the Silver Shamrock Halloween mask company is based. What they discover turns out to be truly terrifying!

The man behind the company is Conal Cochran and he is out to give everyone a Halloween like none before.

Tom Atkins takes the main role as Dr Challis and seems the perfect fit. A regular guy who finds himself caught up in a true nightmare and only he can stop it from coming true.

Dan O’Herlihy as Conal Cochran is also a great choice giving that truly unnerving performance but with a dark sense of humour.

The other main character is Ellie Grimbridge played by Stacey Nelkin and again she seems the perfect choice. She and Atkins seem to work well together, they are both convincing. This is probably the best way to put it, and this is the key to making films like this successful.  You need to buy into the situation the characters find themselves in.

So no problems with any of the casting or acting, all good performances.

Firstly I should make it clear this is not a John Carpenter directed film but he does produce it along with Debra Hill. The film is directed by Tommy Lee Wallace who also wrote the story.

However John Carpenter does provide the truly magnificent music along with Alan Howarth. More on this shortly.

The film looks great in terms of style, the pacing is excellent but most importantly all the elements are here to make it a excellent horror film.

For instance the opening scene at the gas station set during a thunder storm perfectly sets the tone for the rest the film. It creates that feeling of being watched and we the viewer know something is going to happen. This scene is excellently shot as is the rest of the film.

John Carpenter and Alan Howarth provide an terrific score. The music in this film is quite simply perfect, whether its the Silver Shamrock jingle or the opening credits.

The arrival of Dr Challis and Ellie in Santa Mira is a particularly exceptional piece of music, creating a real uneasiness as they drive through town.

Overlooked or underrated by many, Halloween III: Season of The Witch breaks away from the Michael Myers character. However this criticism is unfair as seen in its own right this is a superb horror film and story.

In fact if we do compare it to the previous two films I have to say whilst the original Halloween (1978) is by far the best film, Halloween III is a better film than two. The second film struggles to follow on from the brilliant first and I can see why John Carpenter felt that story had been told.

Halloween III: Season of the Witch is a must see for all horror and Halloween fans.

If you love horror movies then take a look at these reviews:

Halloween III Season of the Witch Blu-ray Review – First off, I have the DVD version and the one I have (There are a couple of versions knocking about) is shocking but not in a good way. It’s in the incorrect aspect ratio and the print is truly awful. A fuzzy kind of print with marks, speckles and flickers of dirt throughout.

Now to the Blu-ray version, wow it look amazing and it’s in the correct aspect ratio. With a clean and sharp picture plus the colour looks how it should. No white flickers just a perfect looking print. Outstanding job!

Trust me this is a must have upgrade from the DVD.

Halloween III: Season of the Witch (1982) blu-ray is available now region free via Amazon, although it has NOT had a UK release and therefore only import versions are available.

It’s not a great film trailer the music is competely runied and the trailer fails to highlight the true quality of the film.  It just goes to show how a bad trailer can change the feel of a film. Trust me it’s a really top film.

Halloween III Season of the Witch Blu-ray Review is part of our Halloween season. 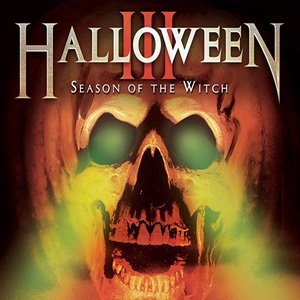 Movie description: Something strange is ocurring at the Silver Shamrock Halloween mask company meaning this Halloween could be the season of the witch.

Halloween III: Season of the Witch is a must see horror for all horror fans. 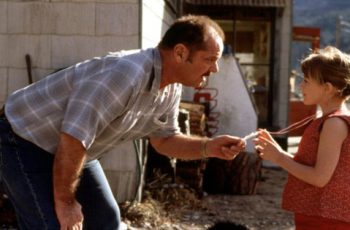 It’s time to look at a Jack Nicholson thriller from … 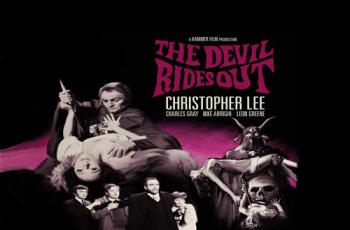 It’s time for another look at a classic Hammer horror …