It’s time for the Hangman blu-ray review. If you have been following my recent blu-ray reviews you will have seen several films that are yet to receive a UK Bluray release meaning we are left with only the DVD.

That brings me on to the Al Pacino film Hangman (2017) that falls into that category. You can if you look around find a foreign version that will work on UK players and in English. That’s just what I’ve had to do with Al Pacino’s latest offering.

A serial killer is on the loose and his chosen method is to carve a letter into the victim before hanging them. Police detective Will Ruiney (Karl Urban) is the one tasked with bringing him to justice. He seeks the help of a friend and now retired detective Ray Archer (Al Pacino) but is also saddled with reporter Christi Davies (Brittany Snow) whom is there to report on how cops go about their daily lives.

The film is directed by Johnny Martin with the cinematography side of things that’s taken care of by Larry Blanford. First off the basic premise of the movie is a good one however the execution of the plot is far from slick. Add to that the screenplay could certainly have done with more work with some awkward dialogue and a general lack of polish.

The music is composed by Frederik Wiedmann.

Al Pacino delivers a decent performance considering the writing is not of the highest order. He manages to keep you interested in his character, Ray Archer a retired police detective that is brought in to to assist with the Hangman killings.

Karl Urban plays Detective Will Ruiney a man with a painful past that is only just coming to terms with a tragic loss. Urban puts in a reasonable performance but one that somehow left me unconvinced.

Brittany Snow takes on the role of reporter Christi Davies that is assigned to follow Detective Will Ruiney. She has her own demons from the past and provides some key breakthroughs in helping to piece together the clues left by the serial killer. Overall she plays the role well, she’s the tough intelligent type that seems to genuinely want to report for the right reasons.

Some of the other casting is a little more bewildering such as pathologist whom seems like the last person you would want in charge of an autopsy that said she does bring a certain humour to proceedings but it is a rather odd portrayal.

Hangman is a film that fails to live up to its potential, the basic premise is good and most of the acting is also good enough with Al Pacino the stand out performer as you might expect. I would say the movies main issues lie in the writing and direction. Some of the dialogue seems a little too awkward whilst the overall flow of the film is no quite slick enough.

Maybe I’m expecting a little too much but as a fan of Al Pacino I know this could and should have been a tighter production.

Overall those I did still enjoy Hangman and would say it’s certainly worth a look.

If you like my Hangman blu-ray review you may want to check out these films:

The Bluray version I’m reviewing here is from Germany and does require you go into the menu and change the language into English before hitting the play film option. That’s all you need do and the extras even includes the original English language film trailer.

Hangman (2017) is available now on Blu-ray for the UK only if you are prepared to import the German version or purchase through Amazon Marketplace. Ensure you select the correct version otherwise you will end up with a Region A disc you cannot play unless you have a multi-region player.

That’s Hangman blu-ray review, if you have any thoughts on this film you can leave them over on our Facebook. 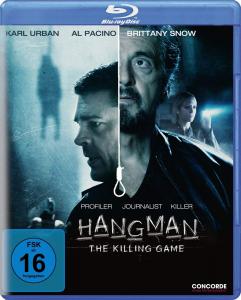 Hangman fails to live up to its potential and could and should have been a tighter production. Christmas is coming so lets take a look at a … 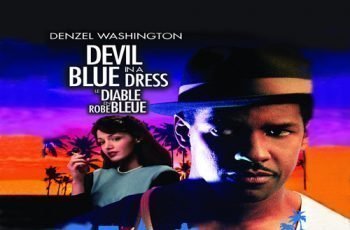 Have you heard of Denzel Washington’s 1995 film Devil in …