Classic Thursday is upon us once more and the time has come to re-visit a classic British film from 1957. I’m of course referring to Hell Drivers that sports an all-star cast and has recently been restored and released on Blu-ray courtesy of Network. So without further ado here is my Hell Drivers Blu-ray review.

Tom Yately (Stanley Baker) is truck driver whose job entails collecting and delivering track ballast. The catch is the drivers have to drive incredibly fast if they complete the minimum daily load count. Safety concerns are put to one side.

Red (Patrick McGoohan) is the number one driver completing more loads than anyone else, he does this by taking a dangerous shortcut through the quarry. Rivalry between the drivers is high but no one beats Red, however new guy Tom has other ideas and so the tension rises.

The film is directed by Cy Endfield with the cinematography handled by Geoffrey Unsworth and features trucks travelling at speed along narrow twisty roads in order to deliver their load of aggregate in time. This does mean the trucks are indeed speeded up in order to create the effect and whilst this does clearly stand out I’m not sure what the alternative was for 1950’s filmmakers.

It doesn’t ruin the film and in some instances work reasonably well.

The music is provided by Hubert Clifford and perfectly ramps up the tension.

The acting is top class all-round and that should come as no surprise when you read the cast list.

Stanley Baker plays a man with a past he would rather not reveal. He is burdened by an emotional guilt and by taking the truck driver job he hopes to make amends. Stanley Baker plays this extremely well he is both a strong character but one with the weight of the world on his shoulders.

Patrick McGoohan is the films villain he dominates the other driver challenging them to beat him. He plays the character to perfection and as the story develops an altercation between Tom and Red is ultimately inevitable.

Herbert Lom plays Gino a fellow driver and one whom befriends Tom. He also is dating the Lucy (Peggy Cummins) who happens to work in the office and loves all the attention she receives from the drivers.

Sid James and Sean Connery further add to the quality of acting as they play fellow truck drivers.

I cannot fault any of the performances and that really is the reason Hell Drivers is loved so much by film fans.

Hell Drivers is indeed a must see film especially if you love British films from the era. The acting is top draw, the story is engrossing, what more could you want in a drama?

If you like my Hell Drivers blu-ray review you may want to check out these films:

The film has undergone some restoration work and now looks absolutely superb. The print is clean and sharp without any sign of dirt marks anywhere to be found.

Put simply if you are a fan of this film then this Blu-ray release is must have.

A great set of extras have been included, and many of these are from around the time of filming which makes them especially interesting.

That concludes my Hell Drivers blu-ray review, check back soon for another classic film that’s had the blu-ray treatment. 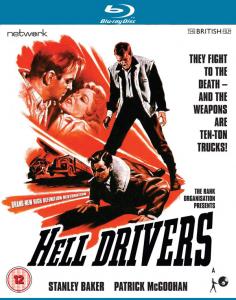 An fabulous British Drama with an outstanding cast, now fully restored on Blu-ray. 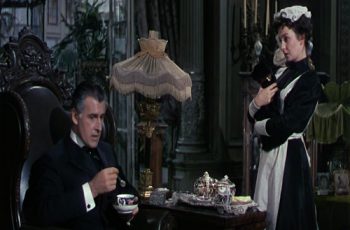 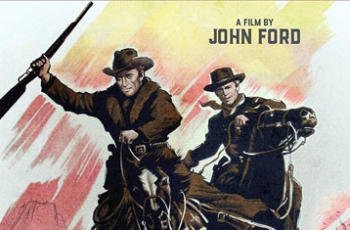 Right time to look at another classic film, this one's …