What is a High Definition Transfer?

As it suggests it a higher resolution film transfer usually taken from the original film source. What this means is if you compare a film on DVD against a “High Definition Transfer” version on blu-ray it will be a far clearer image.

Basically it’s a higher resolution resulting in a sharper and more vibrant picture.

What’s wrong with that?

Nothing, that’s what all Blu-ray version of films should be doing and are doing for the most part. The problem I have is when an original film is in bad condition, full of dirt and scratch damage resulting in black and white speckles the film clearly needs a restoration or re-mastering work.

The good film companies and distributors usually do at least a basic clean-up job removing most of the marks. Many receive a full restorations along with 2K or 4K scans.

Warner Bros films on Blu-ray seem to be treated with care with even lesser known titles receiving an excellent re-mastering resulting in a clean picture quality. Universal have finally got their act together generally releasing good quality Blu-ray versions of their films.

However one company that still remains releasing poor quality versions, MGM. I say releasing, most are licensed to smaller distributor labels as many film companies do. The problem is MGM only seem to make the high definition transfer available without any restoration work leading to poor quality Blu-ray releases.

At least the overall picture quality is better?

Absolutely we want high definition transfers on Blu-ray but think about this for minute, one of your favourite films is coming out on Blu-ray for the first time. A big thing is made of this being its first release on the format. Chances are you probably already own the film on DVD and may well have had it on VHS.

The film companies have already had your money a few times be at the cinema on VHS or DVD. But wait it’s now on Blu-ray, I think they owe us a far better image experience for the money we pay.

The good news is that most companies now do this and is by in large considered the norm. MGM in particular really do need to up their game and start restoring their films before releasing them to smaller labels to release.

I get most of the small labels simply don’t have the money to restore them but MGM should be preserving their own material better.

How bad is bad?

An example of a high definition transfer only Blu-ray that is truly awful is the Arrow Video release of The Comedy of Terrors (1963).

Now before I go into just how bad it is, I would like to say that in general Arrow Video / Films do an exceptional job with their Blu-ray releases.

They are amongst the very best labels around, however it just goes to show the actually quality of release in terms of picture quality lies squarely with the film company they acquire the releasing rights from.

As mentioned earlier most provide high definition transfers that have also been restored.

Back to The Comedy of Terrors (1963) starring Vincent Price, it’s a good film a cult film. Arrow Video released it in a dual format (Blu-ray & DVD) and you can see the difference in resolution is massive. However whilst the blurry faces are now sharp and the colours are more vibrant the whole screen has constant speckles, lines and marks throughout the film.

Quite why Arrow put their name to this release is quite beyond me. It looks absolutely terrible and whilst they do include some nice extras such as a booklet, reversible sleeve, interviews and documentaries I would give all of them up for a restored version of the film.

If you have money to spend on a nice of extras great but if the film needs restoring I’d rather sacrifice them and put the money into at least a basic restoration.

What’s the point of having lots of extras when the film looks awful?

Another terrible example is the Blu-ray release of the cult action movie Delta Force 2 (1990) starring Chuck Norris. Released by 101 Films although the film is yet again another of MGM’s catalogue.

That means it has had no restoration done and is full of marks and specks of dirt throughout the film. Worse still the picture quality isn’t even clear except for a few scenes.

Every film release on Blu-ray should receive the best resolution from the original source film. But additional work may be required depending on the quality of the original film.

When looking to purchase an older film on blu-ray you should look for the following:

The best way to be sure of the quality is to check-out a blu-ray review before you buy (such as the ones on here) or ones from other trusted sites along with buyers on Amazon. 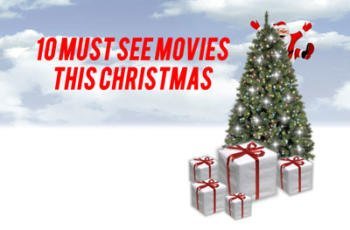 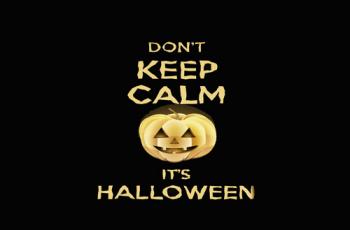 Every year I look for horror films perfect for viewing …