Nothing pleases me more than when a cult classic receives some love and attention with a full restoration. The film I’m reviewing here Horror Express has just undergone such work courtesy of Arrow Video. It’s a Spanish horror film starring a fabulous cast that features Christopher Lee, Peter Cushing and Telly Savalas. Have Arrow put out a must have version? Let’s find out, here’s my Horror Express blu-ray review.

Professor Sir Alexander Saxton (Christopher Lee) discovers the frozen remains of a primitive humanoid creature. He packs it up and transports it on board the Trans-Siberian Express. However it soon becomes apparent that the creature is still very much alive and seems to be killing off the passengers whilst absorbing their memories.

The films directed by Eugenio Martín whilst the cinematography is handled by Alejando Ulloa. Set almost entirely on board a train the film never lets up with the tension building until something simply has to give. The film begins with Christopher Lee’s character discovering the body of an unknown creature. The only other scenes outside the train are train stations and the external scenery that is a wintry Siberian landscape.

It all works terrifically well considering the budget would have been rather small.

The music is composed by John Cacavas and plays a key part in creating a strange but rather excellent sci-fi horror.

Lee and Cushing are on top form as they have to work together for a change to combat an evil force that is killing off the passengers on board the horror express.

Telly Savalas’s appearance as Captain Kazan adds some much needed energy and relief to all of the killings and is welcome cameo.

If you love films with Peter Cushing and Christopher Lee then you probably already have some version of this sci-fi horror cult classic. It’s really great seeing them work together to combat the evil, but Horror Express is more than just an average film largely due to these two great actors. It’s really well paced creating plenty of tension along with some very interesting characters.

Horror Express is in many ways similar in feel to films from the likes of Hammer or Amicus films and that makes it a well worth a look, I highly recommend it.

If you enjoyed my Horror Express blu-ray review so far you may want to check out the following films:

The film has undergone a 2K restoration and looks the absolutely stunning and certainly the best version I’ve ever seen. Seeing films that have been restored to this high standard really is like watching the film for the first time. The image is sharp and free from any annoying marks whilst the colours appear to be perfect. Arrow releases tend to be excellent and Horror Express is no exception, I strongly recommend you pick this one up before it disappears.

On the extras side there’s plenty of interesting features about the making of the film and all are well worth a look.

So that’s my Horror Express blu-ray review, keep an eye out for more classics that have undergone restoration and a Blu-ray release being reviewed very soon. 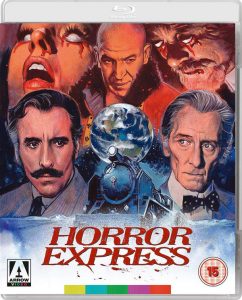 The horror comes hurtling through the passenger carriages. As for Arrow’s 2K restoration its looks absolutely fantastic. 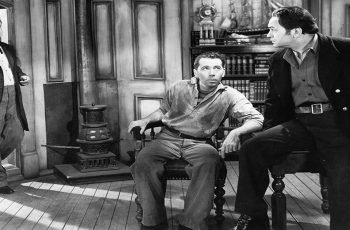 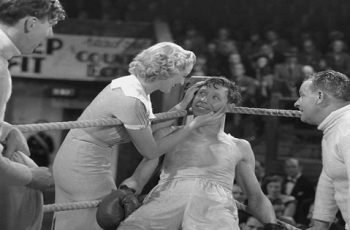