How do you like your werewolf films? These a reason I ask is I’ve just finished watching Howling II aka Your Sister Is a Werewolf from 1985. It stars the late great Christopher Lee and it came out on Blu-ray at the end of last year (Nov 2016) released by Arrow Video. So without further ado here’s my Howling II Blu-ray Review.

Ben White’s sister Karen, a journalist has just passed away. He attends her funeral but finds himself approached by a man, Stefan Crosscoe (Christopher Lee) who claims his sister is in fact a werewolf. Karen’s colleague Jenny also appears on the scene looking for a story and seems more inclined to believe Stefan’s claim.

Stefan informs the two that he must thrust a silver dagger like item through Karen’s dead body to prevent her turning into a werewolf. Will the other werewolves allow this to happen? And what of the beautiful werewolf Queen Stirba?

Based on The Howling II by Gary Brandner.

This is a 1980’s gore fest, the special effects are not the greatest and I personally don’t have a problem with that. The story however is not the most enthralling tale and largely because of this it becomes a bit of a slog to watch.

Directed by Philippe Mora, with the cinematography being handled by Geoffrey Stephenson.

The music certainly suits the style of film the filmmakers were aiming for, it’s a sort rocky type that has that annoying earworm effect.  Stephen W. Parsons provides the films score.

Christopher Lee certainly raises the level acting but on the whole it’s all a little cringe worthy. Put it this way no one is in danger of winning any awards. The dialogue is pretty lame as well which goes some way to explaining the poor quality acting.

Back to Sybil Danning and the shot of her revealing her beautiful body and breasts. Whilst initially it’s all done very well and in keeping with the film, but then for some reason that shot is repeatly replayed several times over including on the end credits. Watching it makes you very uncomfortable as if starts to feel very exploitive and as if that one shot is the films only real selling point.

The story itself is the film biggest problems with all the other issues seemingly stemming from that. Far from an exciting scary ride it rather plods on until it reaches another werewolf set piece. The film lacks any real tension or horror, it’s as if the director was unsure what type of horror film they were attempting to make. In the end it’s all very campy and silly buy not in a particularly good way.

The first film directed by Joe Dante is a far better horror movie in terms of style and horror. This sequel attempts to do something completly different in style terms . However not even Christopher Lee can make this into a horror classic!

If you like my Howling II blu-ray review you may want to check out these films:

Whilst this is an Arrow Video release the film is by MGM and if you have read any of my other MGM Blu-ray reviews you will know exactly what to expect. For those who don’t let me explain, firstly this release is NOT a remastered or restored version merely a high definition transfer. MGM don’t seem to do any restoration work on most if any of their own films. So unless the company that releases their films such as Arrow do their own restoration you are left with a sharper, clearer and higher resolution print but one that is generally full of marks and speckles.

The Howling II fits that description perfectly, the specks of dirt persist throughout the film which are quite annoying. Is this the best version of the film currently available? Without question but for around £14 I think we deserve a restored release. Personally I’d recommend waiting until you can pick it up for under £8.

On the extras front Arrow Video always seem to deliver a good amount of interesting content and The Howling II is no different.

MOVIE RATING: JUST ABOUT WORTH

That’s the Howling II blu-ray review, if you have any thoughts on this film leave them in the comment section below: 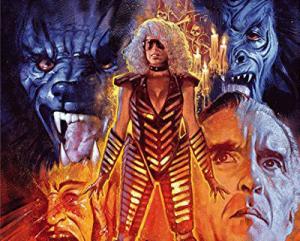 A far from enthralling story that comes to Blu-ray with only average picture quality. 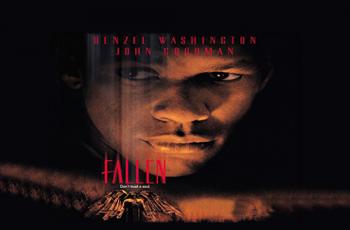 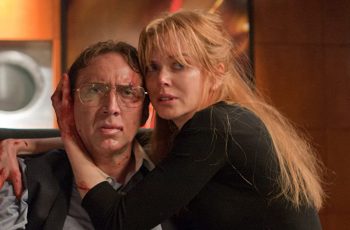