Studiocanal are releasing, I, The Jury (1953) on both blu-ray and DVD under their Cult Classics label this October in the UK.

This film noir cult classic is based on the novel I, the Jury by Mickey Spillane. Directed by Harry Essex the film stars Biff Elliot as Mike Hammer.

Other key roles are played by Preston Foster as Captain Pat Chambers and Peggie Castle as Charlotte Manning.

The film was made in 3D but by the time of its release the 3D fad was largely over. That meant that most audiences only ever saw the 2D version.

Studiocanal say the film has undergone a new 4K restoration but they don’t seem to have included the 3D version which may upset some film fans.

I’ve added the original film trailer at the bottom of this page.

As I mentioned earlier, this release is a new 4K restoration so picture quality really should be rather impressive.

Are you a fan of Mickey Spillane’s Mike Hammer? Is I, The Jury (1953) a film you will be interested in picking up on either blu-ray or DVD?

Don’t forget to check back soon for more blu-ray and DVD news. Our release dates pages are updated every week so keep a check on those for more upcoming films and television titles. 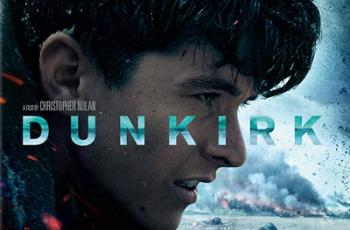