Powerhouse’s Indicator August 2019 Blu-rays consist of just two releases. However one of them is a boxset containing six films. These films feature the collaboration between filmmaker Josef von Sternberg and actress Marlene Dietrich. Let’s take a closer look at these upcoming Blu-ray offerings.

This one’s a British comedy starring Michael Palin and Maggie Smith. It’s directed by Richard Loncraine and produced by The Beatle’s George Harrison.

There’s also some very good news as Powerhouse has given the film a 2K restoration. Meanwhile the film is presented in its original aspect ratio of 2.35:1.

The Missionary is due to release on the 26th August 2019.

The boxset includes six films none of which I’m familiar with.

All of the films with the exception of Morocco have undergone 4K restorations. Morocco is a 2K re-master.

The Marlene Dietrich & Josef Von Sternberg boxset is due to release on the 26th August 2019.

You can pre-order over at Amazon or on Powerhouse Films own website, I’ve linked to both.

That concludes the Indicator August 2019 Blu-ray titles. I’m not too sure which if any of these I’ll be reviewing. I’m a big fan of Michael Palin so I may take a look at The Missionary (1982). Network are bringing the comedy-drama A Time for Loving (1972) … 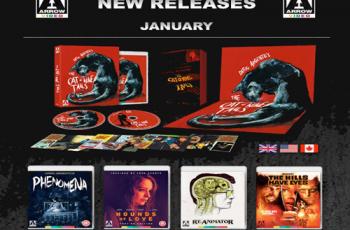 There seems to be a bit of a Dario Argento …