Powerhouse’s Indicator July 2019 Blu-rays were recently announced. There are just two releases this time however one is a boxset containing five films from director Norman J Warren. Both of Indicator’s offerings are currently due for a 22.07.2019 release. Let’s take a closer look at these upcoming Blu-ray offerings.

What is it? Well its a horror film from director Richard Marquand. Maybe more interesting is the cast that includes Katharine Ross, Sam Elliott and Roger Daltrey (The Who).

Trailers may not representative of the Blu-ray version

You can pre-order over at Amazon or on Powerhouse Films own website, I’ve linked to both.

That concludes the Indicator July 2019 Blu-ray round-up. I’m not too sure which if any of these I’ll be reviewing. That said they do look rather interesting so I may just take a look at all of them. 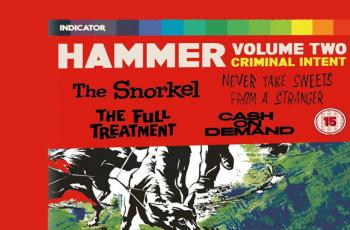