It’s time for a heist thriller which just so happens to be the next film up for review in my Denzel Washington Blu-ray film season. The Inside Man (2006) sees Washington play a NYPD hostage negotiator who is called in to action when a bank is held up resulting in a hostage situation. So without further ado here’s my Inside Man blu-ray review.

A bank robbery turns into a hostage situation with the criminal gang seemingly in no hurry to leave and no real demands. Enter hostage negotiator Detective Keith Frazier (Denzel Washington) to try to bring a peaceful resolution to the incident. However this is no ordinary robbery, what do the gang actually want and why do they have all the hostages dressed in the same outfits as themselves?

The films directed by Spike Lee whilst the cinematography is handled by Matthew Libatique. Lee delivers a thoroughly gripping heist movie that has several twists and a fabulous cast. It’s a well shot film with the film continually jumping forward to after the conclusion of the heist into the interviews of all of the hostages and maybe criminals and then back to the heist. This actually works very well as it helps to keep you guessing as to who is really involved in the crime.

The music score comes from Terence Blanchard but the film’s opening and closing music seems completely inappropriate to the setting and visuals we are seeing. The music is a kind of Bollywood style tune that I personally found extremely annoying and out of place. The rest of the music is merely passable and does its job of creating tension when necessary.

If you just look at the cast list below you know the acting at least should be good and it is. All of the actors listed have interesting characters and bring something good to the story.

Washington plays the Detective Keith Frazier a hostage negotiator with the NYPD. He has a few problems that he is facing at work but somehow is given a bank heist hostage incident to attend. As I have come to expect he delivers a superb performance and holds the audience’s attention through the film.

Clive Owen delivers a sold and controlled performance as a bank robber that has planned his job right down to the last detail. Meanwhile Jodie Foster plays a very strong and smart operator used to dealing with the rich and powerful as well as being able to do deals with the criminal world. She’s pretty terrific in the role and its certainly the type of role you know she can deliver seemingly effortlessly.

Christopher Plummer takes on the role of Arthur Case the chairman of the bank that is being robbed and a man with a hidden past he would rather keep private. Rounding off the main cast are Willem Dafoe as Captain John Darius and Chiwetel Ejiofor as Detective Bill Mitchell. Defoe is the Captain in control of the situation and he delivers another solid performance as does Chiwetel Ejiofor who plays Denzel Washington’s NYPD partner.

Other than the annoying opening and closing music I found Inside Man to be a thoroughly entertaining and engrossing heist film that I’d recommend you check out. The cast is simply fabulous whilst the story is a very interesting one.

If you enjoyed my Inside Man blu-ray review so far you may want to check out the following films:

The film came out in 2006 and therefore there are no issues to report on the picture quality front. The extras include a ten minute making of feature which gives interviews with director Spike Lee and several actors such as Denzel Washington. There’s also a glimpse at the read through featuring the entire cast. It’s an easy watch and gives just a little insight into the making of the film.

Meanwhile Number 4 has Spike Lee and Denzel Washington talking about their film collaborations.

That’s my Inside Man blu-ray review, I’m aiming to review at least one Denzel Washington film a week. What’s next? Check back soon… 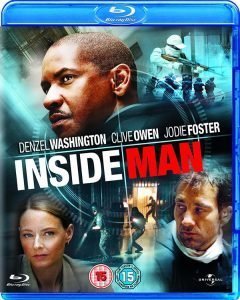 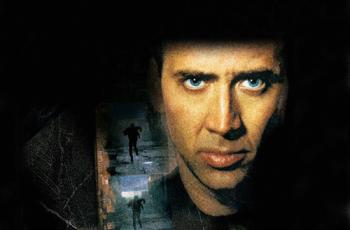 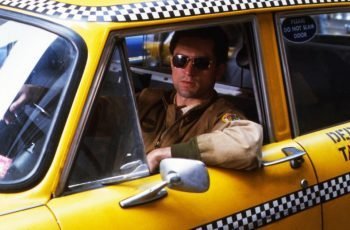