It’s time for another classic film and it’s one of the first screwball comedies. It’s been restored on Blu-ray and whilst this one’s been out a little while I think it is time to find out how good the film is and just how well it has been restored. This film is from another top director, Frank Capra, so without further ado here is my It Happened One Night Blu-ray review.

Ellen Andrews (Claudette Colbert) is the daughter of a millionaire businessman and is spoilt to the point where she has no real understanding of the realities of the world. She marries the first man she meets, who just happens to be a pilot and fortune-hunter named King Westley much to the displeasure of her father.

He wants the marriage annulled which makes her takes off on a road trip to meet up with King Westley in New York.

Meanwhile newspaper man Peter Warne has just lost his job and is also taking a trip to New York.

Both happen to be on the same bus and from here on in their journeys become entwined.

I think we all know what will happen as they spend more and more time together but it’s their crazy journey and relationship that is of interest.

This is essentially a road film and an early one, 1934 in fact, the two main characters find themselves thrown together. It’s also one of the first screwball comedies, some say the first. You will have seen many films like this over the years using the same formula. Frank Capra does a good job in keeping thing moving along with the humour never allowing the film to become tiresome.

It a well shot film using the technology of the time which as you would expect. Not too many sets as the film was required to be finished shooting in just four weeks. Desipte this Capra still manages to pull off a making a great and now classic film.

So a decent looking film all in all.

Nothing too memorable mainly functional allowing the comical moments to play out with the right tone and that’s fine with me.

This film fundamentally works or doesn’t work based on the two leads screen chemistry. I think we have all sat watching a film when the thought goes through our head, these two actors don’t work well together. You even wonder how this wasn’t noticed during casting or rehearsals.

Similarly when the casting is spot on the chemistry simply sparks between one another making it a captivating experience. So which is for It Happened One Night?

Well the great news is it’s the latter Claudette Colbert and Clark Gable are on top form.

Claudete Colbert really does a good job playing the rather spoilt young woman Ellen, always having her own way, but slowly she realises what she actually has been looking for all along.  Yes there are some scenes where you cringe at the stereotypical response to a woman thinking the man has left her on a farm all alone, with panic setting in only for the guy to return to reassure her. Buy hey this is 1934 and I have no problem with to be honest.

Against those occasionally scenes she plays a very strong willed women which works very well against a more milder mannered Clark Gable.

Clark Gable does a really good job as a slightly down on his luck newspaper reporter, Peter Warne and the two are very funny together. It’s a role I’m not used to seeing him play but one that plays in my opinion to his strengths.

Top marks for casting of the two lead roles. Elsewhere the rest of supporting roles produce good performances such as Ellen’s father played by Walter Connolly.

In the end this film is really all about Gable and Colbert.

I must admit I don’t recall ever seeing this, I thought I may remember it when I started watching but that wasn’t the case.

Essentially It Happened One Night is one of the earliest screwball romantic comedies that resembles many of the romantic-comedies being made today. It just so happens it does it way better.

It nails the most important point of these sorts of film, the casting. The story is there in the background but serves to place the two leads in more difficult and close situations.

All this works fine and I really enjoyed watching this one and would recommend it to anyone looking for a nice easy going film. It Happened One Night ticks all the boxes for a romantic screwball comedy.

If you like my It Happened One Night Blu-ray Review check out these films:

The film is from 1934 and it looks outstanding, really great in fact no obvious speckles a very clean looking print. You will see possibly two or three scenes that are slightly less than perfect but this really does look the business.

This is why I keep saying you don’t need to remake classic films, simply restore them an allow audiences of today view them in near perfect quality.

Really nice set of extras especially the inclusion of the 1921 silent film.

It Happened One Night (1934) Film Trailer

That’s my It Happened One Night Blu-ray Review, if you have any thoughts on this film leave them in the comment section below: 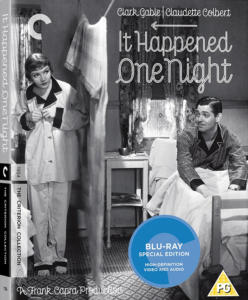 It Happened One Night ticks all the boxes for a romantic screwball comedy and now it looks simply amazing! 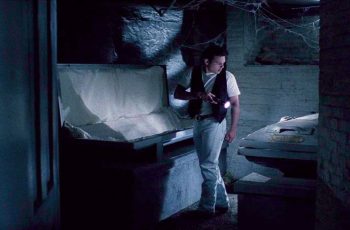 Deadly Manor is a Spanish-American slasher film from 1990 that … 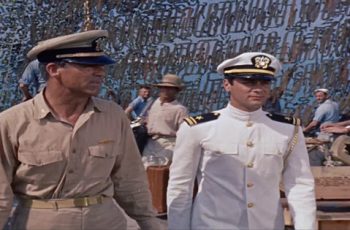