Do you like Eastwood westerns? I do but what about this one?  It is slightly different from most of the other ones he has appeared in. Time I think for my Joe Kidd Blu-ray movie review.

Let’s find out if the Blu-ray version has been lovingly restored or just thrown out there. Joe Kidd is probably one of the lesser known Eastwood films due in large part to his huge list of other great ones.

Mention Clint Eastwood and you instantly think of Dirty Harry or The Good, The Bad & The Ugly. In truth is he has made a heck of a lot of classics.  Gran Torino, Unforgiven etc…

So you got to ask yourself one question, is Joe Kidd a good movie?

Set in a small town in New Mexico, the local Mexican revolutionaries lead by Luis Chama (John Saxon) have seemingly being cheated out of ownership of their land by a wealthy American land baron Frank Harlan (Robert Duvall).

Having tried to go through the courts to prove their ownership of the land they soon realise that the system is corrupt in favour of the American businessman.

They decide to take violent action by storming the courthouse.

Joe Kidd just happens to be in court on a couple charges, basically being drunk and disorderly. He is a former bounty hunter who becomes involved in the hunting down of Luis Chama when his own business is attacked by Chama.

Kidd is hired be land owner Frank Harlan to help track him down. It soon becomes apparent that Kidd may have made an error in judgement siding with Harlan.

What follows is classic Eastwood bringing the film to a climactic ending.

The story is written by Elmore Leonard and I found this to be a highly entertaining western with a good plot.

I have to say this film looks amazing with beautiful and striking backdrops, ten out of ten for the cinematography side of things. The town looks great but the small village set against the mountainous background is simply gorgeous.

The film moves along at a good pace never leaving the audience with a lull in proceedings.

Now I simply have to mention the fantastic music score this film has. If any of you are familiar with the work of Lalo Schifrin it will be instantly recognisable as his work. If you need some examples of his work I’ll name just one, the Dirty Harry music, outstanding stuff!

The film was directed by John Sturges whilst the cinematography handled by Bruce Surtees. Meanwhile the music provided by Lalo Schifrin.

No surprise when it comes to the acting as we have two top actors in the key roles, Clint Eastwood as Joe Kidd and Robert Duvall as Frank Harlan, a wealthy land owner. These two are on top form as the join forces and then go head to head.

These two actors are always going to improve any film they happen to be in and this is certainly true here.

The rest of the cast also do a very good job giving the film exactly the right feel.

I can safely say this is the best version of the film you will have ever seen. A good clean, crisp and sharp picture with absolutely not a speckle of dirt in sight. Beautifully vibrant colours make this movie really look spectacular.

Well done to those tasked with restoring it and putting it on to the Blu-ray format as I for one am happy to have the newly restored copy in my film collection.

If you love Clint Eastwood movies take a look at these blu-ray review:

Clint really shines with this one, the end outcome may be the same classic Eastwood but getting there is a little more varied a journey than some of his other movies.  Joe Kidd is a top film and is worthy of a place in any western or Eastwood fan’s Blu-ray collection.

If you have not seen it for a while I think it’s time to give it another look especially now with the Blu-ray version.

That concludes my Joe Kidd Blu-ray Movie Review. Oh and if you really love Clint Eastwood films you can pick up a box set of his films 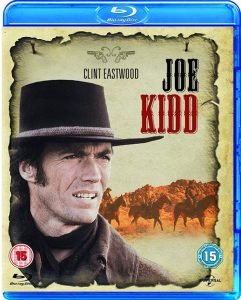 Clint really shines with this one, the end outcome may be the same classic Eastwood but getting there is a little more varied 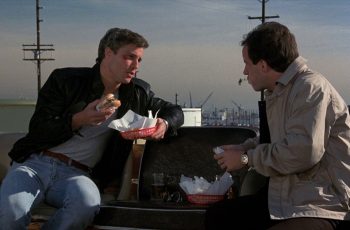 I'm a big fan of a lot of William Friedkin's …