John Carpenter has annouced the follow up album to the excellent 2015, Lost Themes.  Named wait for it, Lost Themes II, it should arrive on 15th April 2016.

If you are unfamiliar with the first Lost Themes album, essentially it’s a collection of music which sounds very much like the type of music scores you would hear in one of John Carpenters films.  Hence the title I suppose Lost Themes or Lost Themes II.  Now that surely sounds like a good thing right?

John Carpenter’s film soundtracks are held in high regard by many people, including us here at Popcorn Cinema Show, they give his films a unique feeling.

Some of his best soundtracks include:

Assault on Precinct 13, Halloween 1,2 &3 (2&3 with Alan Howarth), The Fog, Escape From New York, Prince of Darkness, They Live and In the Mouth of Madness.

You can check out/buy his soundtracks in our Blu-ray deals section. I know these are CD soundtracks not Blu-rays but we had to put them somewhere…

The soundtracks in many of the film that are released today quite often tend to be no more than functional without being memorable or a great piece of music in their on right.  Here are just a few examples of great film music I can name and you will know them without me having to post the links.

Anyway I digress, John Carpenter’s Lost Themes II is out on 15th April 2016, you can hear some of the first Album by clicking here.  Oh and John Carpenter is currently touring the album with dates in New York, London & Manchester.  I’m sure he will play both Lost Themes and some Lost Themes II.

For more details head over to John Carpenter’s official website along with a small clip of Lost Themes II.

Do you have a favourite soundtrack?  Let us know in the comments section…

It’s time to take a quick look at what films … 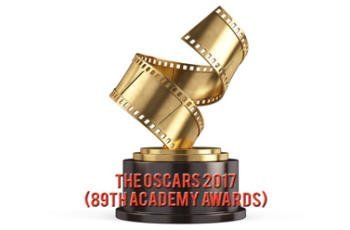 The 89th Academy Awards happened on Sunday and you must …