It’s time for the John Wick Chapter 3 Parabellum blu-ray review. If you are looking for a movie to take your mind off of things I recommend any of the John Wick films.

In fact I’m taking a look at the third film’s bluray release right now. Does it live up to the previous two outings for Mr Wick?

Following on from the events of the second film, John Wick is now a hunted man with just about every assassin ready to collect on the $15 million contract.

Chad Stahelski directed whilst Dan Laustsen took care of the cinematography. It still looks visually impressive especially in those rainy night scenes with plenty of neon signs illuminated. I have to save it’s a very well made action movie, I’ve have no complaints with its style or direction.

You really aren’t going to see much better action sequences than you do in a John Wick movie.

Keanu Reeves is back doing what he does best, looking cool whilst dispatching insane amounts of bad guys. The support cast of Ian McShane as Winston, Lance Reddick as Charon and Laurence Fishburne as the Bowery King are simply brilliant.

This time around Halle Berry appears as Sofia, a former assassin and friend of John Wick. To be honest I’ve never been a fan of her performances in most of the films I’ve seen her in. However I have to say she really does deliver a splendid performance as a kick ass assassin.

John Wick 3 is a sequel that still leaves you wanting more which is just as well as the fourth instalment is on the way covid 19 delayed of course. The first movie is still my favourite but the third movie still brings a compelling story to the table.

If you enjoyed my John Wick Chapter 3 Parabellum blu-ray review so far you may want to check out the following films:

Pristine high definition quality is the only way to view any of the John Wick movies. The third film looks absolutely fantastic. Don’t cheap out and get the DVD ensure you purchase blu-ray you won’t regret it.

If you want to know everything it takes to make a John Wick movie then worry not, the extras cover this aspect thoroughly. 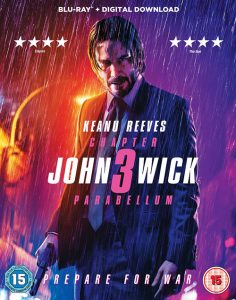 John Wick 3 is a sequel that still leaves you wanting more. 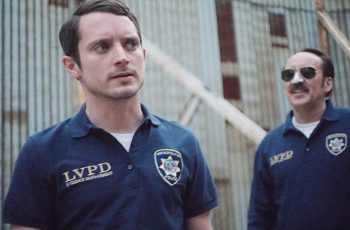 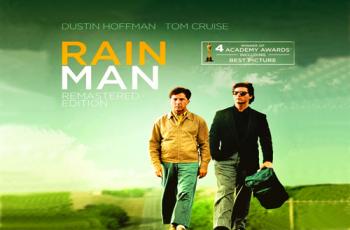 Are you ready for the Rain Man blu-ray review, it’s …