It’s time to take a look at another film, this is the Joy blu-ray review I’m sure you’ve been waiting for. I rate Jennifer Lawrence quite highly, sure I’m no Hunger Games fan but I thought it was about time I checked out Joy (2015).

Joy (Jennifer Lawrence) is a single mother, well she would be if her ex-husband wasn’t living in the basement with her father. She works as a booking clerk for Eastern Airlines. However Joy has always seen herself as inventor, she designed a dog collar but never took any further.

One day Joy comes up with a revolutionary mob design and decides to sink everything she has into it. She also requires investment which comes from her father’s wealthy Italian friend whom he has just started dating.

Without spoiling the film there are going to be several hurdles along the way as Joy attempts to take her miracle mop to market. Could she really have her mob on QVC the television shopping channel?

Joy is a drama that moves along at good pace, it’s a good looking film with some rather nice wintery scenes around Christmas time.

Nothing exceptional on the music front but it all seems to fit the mood of the film.

Jennifer Lawrence as Joy is both convincing and commanding in the role making viewing the film enjoyable enough.

In fact most of the cast do a pretty good job with their roles. Unfortunately De Niro seems to simply put out the stock De Niro performance we tend see in his more recent films which is a little bit of a shame.

I’ll be honest the story isn’t one I would get to excited about, that said Jennifer Lawrence’s performance does somehow make the story a little easier to enjoy.

I don’t exactly know what I was expecting but the ending was a bit of an anticlimax.

If you like my Joy blu-ray review you may want to check out these films:

The hour plus Times talk interview I found to be too long, I guess you really need to love the story way more than I did.

That’s my Joy blu-ray review, if you have any thoughts on this film leave them in the comment section. 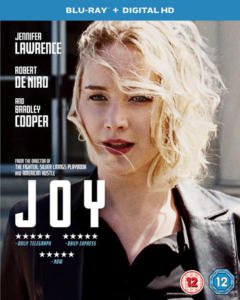 Jennifer Lawrence is on top form bringing a less than appealing story to life. 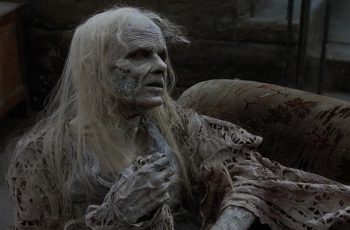 Are you ready for the High Spirits blu-ray review. It’s … 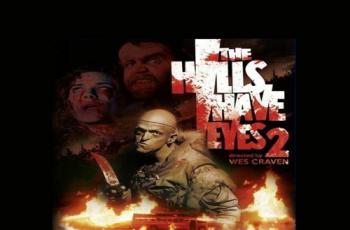