Have you seen 1946 version of The Killers?  Well either way it’s time from me to begin The Killers blu-ray review. I mention this is the 1946 film as there is also a 1964 version that stars Lee Marvin & John Cassavetes. Well I have to admit I can’t remember seeing this before, but it certainly looked like my kind of film.

Film noir probably best sums up The Killers. The film starts for the viewer at the end of the story with two killers looking for Pete Lund or Ole Swede Andreson (Burt Lancaster) with aim of killing him.

The film then tells the story up to this point by way of flashbacks. We see it unfold through the eyes of Insurance investigator Jim Reardon (Edmond O’Brien) who is checking the details of a payout.

This leads him into finding out about Swede story.

Swede Andreson is a washed up boxer who turns to crime following the end of his sporting career. He meets Kitty Collins (Ava Gardner) and becomes besotted with her.

Without giving too much away a double cross takes place but with who and over what I we leave you to find out.

I have to say the first thing you notice about this film is the stylish way it is shot, the camera angles and shots are outstanding.

Film noir done right is an outstanding cinematic experience, a dark and mysterious world.  The perfect kind of thriller in many ways.

The Killers nails all these points so credit must be given to director Robert Siodmak.

Add to that a terrific score by Miklos Rozsa which really gives the film a sense of tension.

Great acting performance all round, Burt Lancaster really does a convincing portrayal of washed up boxer. The first time we see him he is a broken man waiting to accept his fate. Great stuff!

Other noteworthy performances come from Edmond O’Brien who really drives the film and it’s from his perspective in which we see the film.

Ava Gardner plays the very cold character, Kitty Collins.  She has you wondering why or how Swede (Burt Lancaster) could possibly fall for her, but that I guess is life!

All this makes for a great tense film noir experience that I would say makes this one film you definitely add to your must see list. If of course you have already seen it you will no doubt love it, but have you seen it since it’s restoration? If not I strongly recommend you take a look at the Blu-ray version as its outstanding.

Film noir lovers, this is simply a must see and must have addition to your film collection.

Let’s take a look at the Blu-ray version in more detail. As mentioned above the film has had work done on it.  The good news is you can relax as they have done an outstanding restoration, it looks sharp with not a flicker of speckle in sight. Audio wise it sounds as good as it looks, so a perfect looking and sounding film that should allow film lovers old or new the best possible experience.

Now there is absolutely no reason for you not to take a look at this classic film noir film starring Burt Lancaster and Ava Gardner.

If you already own it on DVD I strongly recommend you upgrade to this Blu-ray version.  Another classic film restored back to its very best.

Fully restored version that looks amazing the way it should look, outstanding job!

The Killers (1946) BLU-RAY is available now from Amazon.co.uk.

The Killers blu-ray review (1946) is just one of many of our reviews, why not check out another or bookmark us? 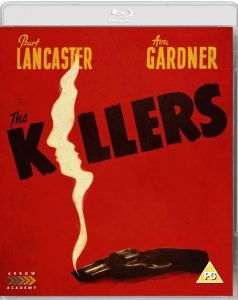 Burt Lancaster, Ava Gardner & Edmond O’Brien in the perfect film noir thriller, what more could you ask for. Another classic film restored back to it’s very best. 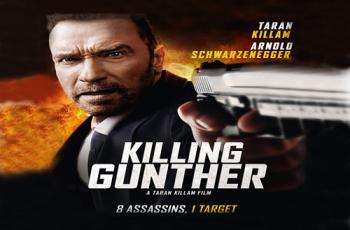 I love a good Schwarzenegger movie but I’m not really … 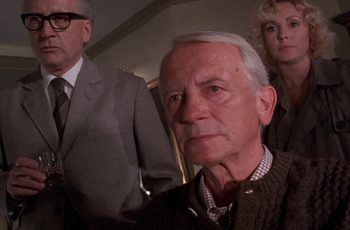