It’s Christmas and the perfect time to watch some outstanding films, this week I take a look at Mission: Impossible Ghost Protocol from 2011 as part of my Tom Cruise season.  It’s available on Blu-ray along with the rest of the films in the series but should you buy it?  Well it’s time to find out, so without further ado here’s my Mission Impossible Ghost Protocol Blu-ray Review.

This time out Ethan Hunt starts out in a Russian prison cell, however that’s another story.  The main plot of Ghost Protocol sees the world on the brink of nuclear war with only a few people actually aware of the threat.  With IMF disavowed Ethan and his small team are left without support with the clock ticking to try and prevent an all out war.  With the Russians unaware that some of their launch codes have fallen in to the wrong hands only IMF can save the day.

Brad Bird takes over the directing for the fourth outing and I can confirm that like all the directors in the series before him he does an exceptional job of keeping the Mission Impossible series looking fresh.  It’s all very slick with the action sequences again excelling.

The cinematography on Ghost Protocol is by Robert Elswit.

As with the previous films Ghost Protocol makes good use of the main theme while the rest of the music fits the action scenes exceptionally well.

The music is provided by Michael Giacchino

By now you kind of know what to expect from Tom Cruise as Ethan Hunt although there seems more humour in Ghost Protocol which is probably down to having Simon Pegg as tech expert Benjamín Dunn taking to the field.  Clearly Cruise and Pegg work well together and it adds something a little different from the previous films although Pegg did appear briefly in the third film.

Pegg’s inclusion means there is no need for Luther’s participation this time out although don’t worry there is indeed a cameo from him at the end of the film.

Elsewhere Ethan is paired up with Jane Carter (Paula Patton) and William Brandt (Jeremy Renner).  Carter is a beautiful but deadly operative who can more than handle herself, whilst Brandt is an analyst that becomes caught up with Hunt and the team when things take a turn for the worse.  The new team works exceptionally well and keeps the Mission Impossible series feeling fresh.

All in all like the previous films there’s nothing to complain about on the acting front.

Ghost Protocol is the fourth outing and despite this it remains feeling fresh and full of new neat ideas.  In fact the Mission Impossible films are pure escapism that continues to impress despite each having different directors.

Mission: Impossible Ghost Protocol is another must see film.

If you like my Mission Impossible Ghost Protocol blu-ray review you may want to check out these films:

Clearly the picture quality is not an issue being a 2011 released film so I’ll move on to the extras.

If you are in any doubt about whether or not the stunts in Mission impossible are real or merely CGI then always check out the extras as you will always see Tom Cruise hanging on to or out of something for real.

That’s Mission Impossible Ghost Protocol blu-ray review, if you have any thoughts on this film you can leave a comment on our Facebook page.

Happy Christmas from everyone at Popcorn Cinema Show!!! 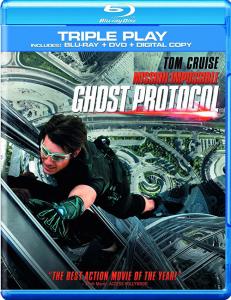 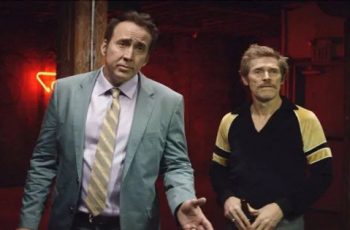 My Nicolas Cage movie season continues with a black comedy … 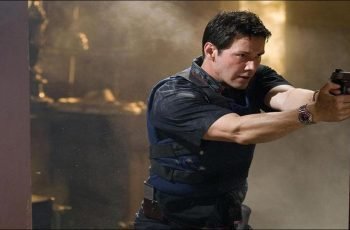 Have you ever watched the 2008 crime, thriller Street Kings …